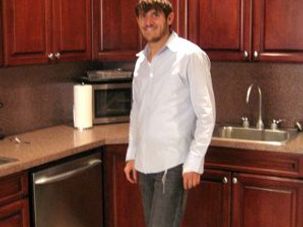 In the world of New York City residential real estate, the list of available luxury amenities continues to grow: The Pierre boasts views of Central Park; The Trump World Tower offers a 60-foot swimming pool; the William Beaver House promises a covered dog run, valet parking and a cinema. But none compares with a slew of new condominiums in Brooklyn serving those who would like not just their physical and material needs met but their spiritual ones, as well.

Rabbi Judah Nadich, an adviser to Dwight Eisenhower on Jewish affairs and later a prominent New York rabbi, died Sunday. He was 95.

When she was 10, Miriam Kimmelman began to lose control of her body; it would twist into a variety of abnormal postures. The symptoms progressed fast. Before long, she could walk only backward. After seeing about 100 doctors in two years, she was diagnosed with dystonia, a neurological disorder that affects more than 300,000 Americans. Thanks to surgery, Kimmelman, now 58, is much improved. She was married (now widowed) and works as a rehabilitation counselor, but her whole body, including her breathing and facial muscles, can still behave irregularly. 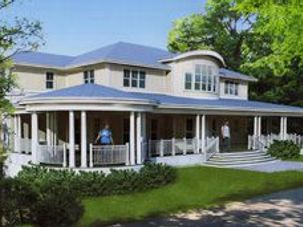 When they initially visited Chautauqua 30 years ago, Joe Rait and his family were among the very few Jewish people vacationing in this mainly Christian community of southwestern New York State. Now, not only has the number of Jews in Chautauqua increased, but Jewish residents are also about to get a space to call their own.

At the Pennsylvania summer camp where she was working as a counselor, Shoshana Rosen got tested for nine Jewish genetic diseases and found out she was a carrier of cystic fibrosis. Thanks to the Victor Center for Jewish Genetic Diseases, the tests she received were free of charge. Had she gone to a private laboratory, it would have cost around $2,000.

A mainstay of the Jewish blogging world is scaling back his controversial commentary and joining the mainstream Jewish media.

Film To Break Silence Around Anorexia

Addressing a small audience of Orthodox Jews last month, Aliza Stareshefsky talked about the time in her life when she would make herself throw up after every meal. When she was struggling with her eating disorder 15 years ago, Stareshefsky said, very few people in the Orthodox community talked about anorexia or bulimia. “I thought I was the only one,” she said.