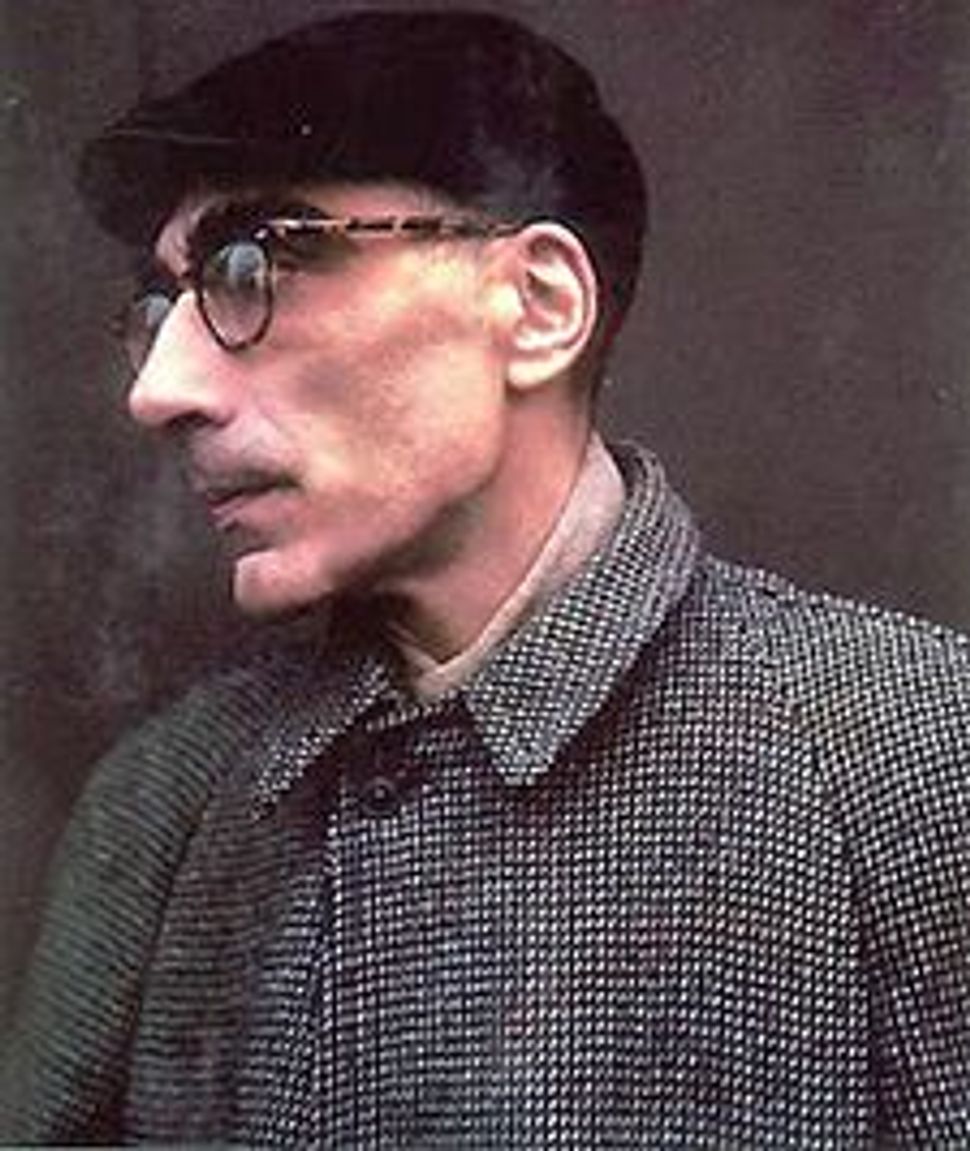 Image by COURTESY OF PAUL ZUKOFSKY AND NEW DIRECTIONS 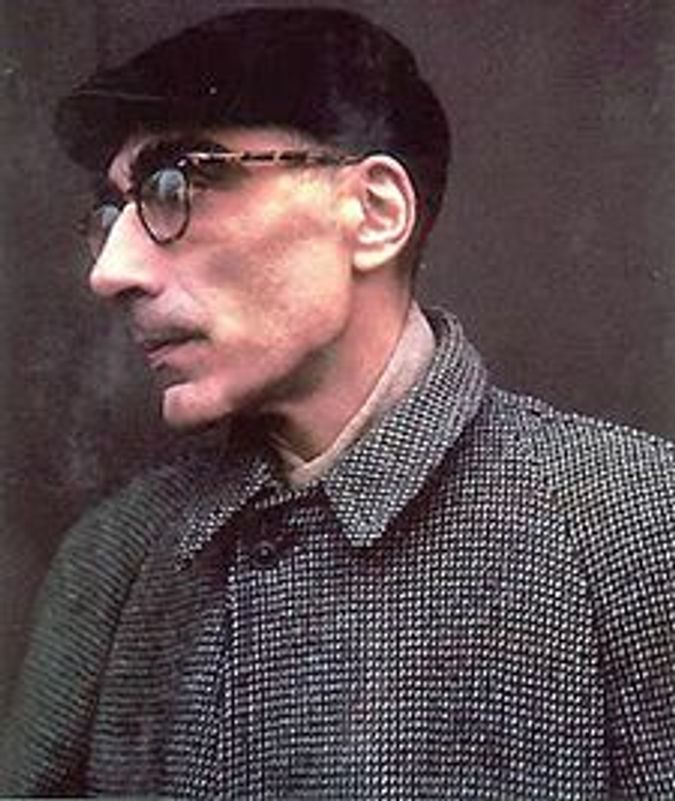 Image by COURTESY OF PAUL ZUKOFSKY AND NEW DIRECTIONS

Accepted to Columbia University in 1920, 16-year-old Louis Zukofsky was planning a career in engineering. Instead, the son of Lithuanian immigrants Pinchos and Chana Zukofsky became one of America’s leading Modernist poets and co-founder of the Objectivist movement. His influence remains crucial for many contemporary American avant-garde writers. Wider public reception toward this “poet’s poet’s poet,” however, has varied, in part due to the notorious complexity of much of his writing. A recent resurgence of interest — prompted by the poet’s centennial celebration in 2004 — has culminated in New Directions’ publication this year of two volumes of his work: the epic poem “A,” and “Anew,” a collection of shorter works.

Although Zukofsky quickly steered away from engineering, the language of mathematics nevertheless manifested itself in the poet’s work, which he himself described formulaically as:

For Zukofsky, music meant Bach, to whom he repeatedly alludes, and whose symmetrical sublimity is one of the Zukofksy’s crucial influences. And the speech — real speech, as heard on New York streets — for him, is the atom, the building block of comprehensible poetic communication. Ever-poignant colloquialisms, dialects and numerous languages pepper his verse.

Zukofsky received his first big break from Ezra Pound, who published “Poem Beginning ‘The’” in his magazine, The Exile. This was a curious way in, given Pound’s later anti-Semitic leanings and the fact that Zukofsky not only wore Jewishness on his sleeve, but also used it as a point of departure in his poetry.

His idea of Jewishness was a far cry from the Orthodox practice of his parents — Lithuanian immigrants who settled on Manhattan’s Lower East Side and never learned English. As poet and critic Bob Perelman put it in an article in the anthology “Radical Poetics and Secular Jewish Culture,” “Zukofsky’s impiety is sly, a Talmudic impishness more profound than disobedience, an ecstasy of syntactic teleporting to no world that anyone lives in yet.” In “Poem Beginning ‘The’” Zukofsky writes:

Assimilation is not hard,
And once the Faith’s askew
I might as well look Shagetz just as much
as Jew.
I’ll read their Donne as mine,
And leopard in their spots
I’ll do what says their Coleridge,
Twist red hot pokers into knots.
The villainy they teach me I will execute
And it shall go hard with them,
For I’ll better the instruction,
Having learned, so to speak, in their
colleges. […]
I, Senora, am the son of the Respected
Rabbi,
Israel of Saragossa,
Not that the Rabbis give a damn,
Keine Kadish wird man sagen.

The poem abounds in literary allusions, including to T.S. Eliot, Shakespeare, Donne and Coleridge. The centerpiece, though, is a riff on Heinrich Heine’s poem in German, “Donna Clara.” In it, Heine (Jewish by birth) describes a lady who has anti-Semitic tendencies and is seduced by a fair knight who promises her protection from the horrible infidels. In the morning, she asks her lover his name. He casually reveals himself to be the son of the “respected / Worthy, erudite Grand Rabbi, / Israel of Saragossa.” Zukofsky, then, is hinting here that he, too, might be that sort of a knight, capable of seducing his readers with his stunning erudition and perfectly assimilated “front.” Showing off his mastery of the Western canon, he’s also poking fun at the fears of his xenophobic readers.

Despite his atheism, Zukofsky writes in a eulogy for his father: “Had he asked me to say Kaddish / I believe I would have said it for him.” Zukofsky’s father, Pinchos, did not demand religious adherence from his son. And so the poet, instead, mourned his father by immortalizing him in verse:

“They sang this way in deep Russia”
He’d say and carry the notes
Recalling the years
Fly. Where stemmed
The Jew among strangers?
As the hummingbird
Can fly backwards
Also forwards —
How else could it keep going?
Speech moved to sing
To echo the stranger
A tear in an eye
The quick hand wiped off —
Casually:
“I loved to hear them.”

The inheritance Zukofsky receives from his father is not merely the baggage of alienation. As these lines imply, a Jew may become part of the host culture, even fall in love with that culture and aesthetic — or “song” — and yet can remain the strange hummingbird in constant movement between past and present. Something of this hummingbirdlike flight echoed deeply with Zukofsky’s own sensibilities.

Unlike Allen Ginsberg’s epic “Kaddish,” which focuses solely on Ginsberg’s mother, Naomi, Zukofsky’s “A” ultimately takes mourning for an edifice, using it to connect numerous worlds, themes and ideas. Written over the course of five decades, “A” contains 24 parts, and in the New Directions edition spans more than 800 pages. Like New Directions’ 2002 “New Collected Poems” of Zukofsky’s Objectivist colleague, George Oppen, the scope of the two-volume set means it is clearly intended for both professional and amateur lovers of poetry.

“A” opens with a Bach concert at Carnegie Hall on Easter night, which, as the author casually points out, is also the night of Passover. However entranced he is by the sublime music and the whole experience of New York’s high culture, a sense of not belonging lurks behind his words. To some extent, this sense of simultaneous awe and estrangement remains constant throughout this epic, whether it is in the context of the poet’s relationships with his family and friends or while sifting through multiple philosophies and aesthetics, including Bach, Marx, Spinoza and Henry Adams.

An autobiography of the poet’s mind and spirit, “A” is demanding of its readers. Although this edition provides an excellent introduction by Barry Ahearn, it could have benefited greatly from a annotating the myriad references that fill the epic’s pages (as Michael Davidson supplied to Oppen’s book).

The publication of Zukofsky’s complete collection of shorter poems, “Anew,” somewhat mitigates this lack. While overlapping with “A” thematically and chronologically, it offers a more accessible route into the poet’s world. See, for instance, this poem, contained within the “Spook’s Sabbath, Five Bowings” cycle:

the night
the skunk
stank up
Adirondack
“the village beautiful”
Celia dreamt
of renting
outhouses
under
compunction
and beneath
contempt
while Louis
with usual
curiosity
as to real
estate
hung round
to look into
all, and
at last
two
to see
which
was
the better
for the violinists’
trills
above
around about —
brooked by
an inexorable Teacher
swayed
to the
Rode.

The earlier, “integral” definition of poetry comes into full play here. The seemingly casual, colloquial tone is all the more fascinating, given that the poem is conceived as a musical piece. As the subtitle “grand détaché” implies, it mimics a manner of violin playing where the bow is constantly taken off and brought back to the strings, creating rough, terse and rhythmic phrases.

Like many of Zukofsky’s works, this one is intensely personal. Although not explicitly named, his son, Paul, is at the center: as the violinist for whose benefit “real estate” is being examined. Paul was trained from an early age as a musician, and indeed went on to become a master violinist, conductor and professor. He now zealously guards his father’s copyright. Much of Zukofsky’s writing is directed toward his son; in this poem, he points to the possibilities of dialogue between poetic and musical forms, and also hints that an artist’s only true guide is the “inexorable” Teacher — with a capital T.

As is evident in “Spook’s Sabbath” and in “A,” the core intent of Zukofsky’s writing is to explain his own experience to Paul and his generation. Setting himself up to engineer the bridge between the old and new worlds, Zukofsky meticulously records the flight of his thought. Having let go of his parents’ faith, the poet finds the gateway to life’s meaning through art. As he writes, he incorporates his own philosophy, expanding on his father’s thoughts and collating the two in a manner of talmudic dialogue:

There is no one who is not
every minute
Taught by his soul.
A disciple: If that is so
Why does it not rule?
Rabbi Pinchas: The soul teaches,
It never repeats.

Jake Marmer writes about poetry and music for the Forward.