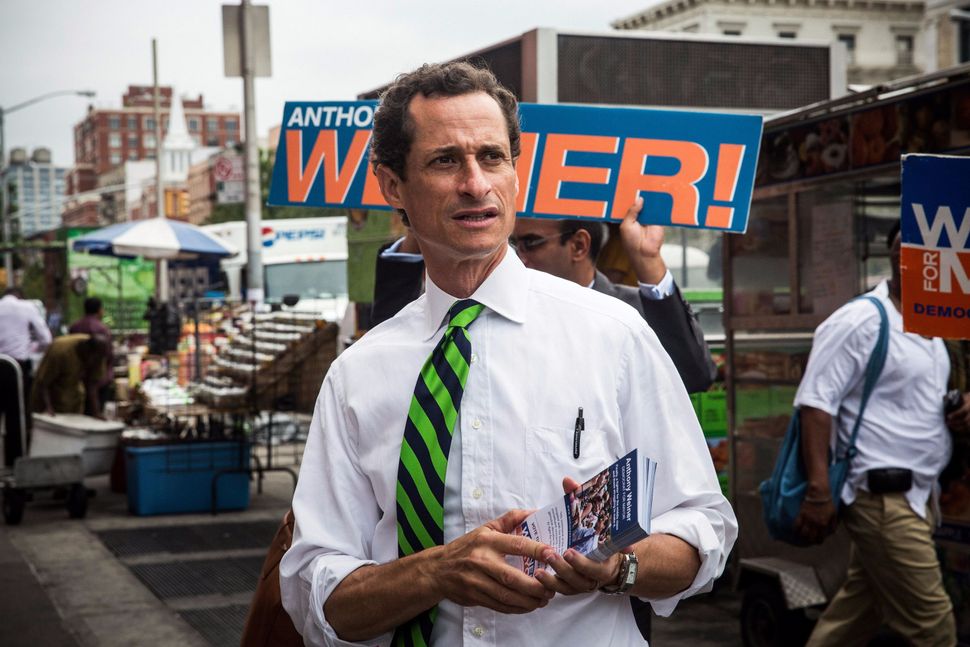 Former congressman Anthony Weiner could face federal child pornography charges, according to a report Tuesday in the Wall Street Journal.

One charge currently on the table, production of child pornography, carries a mandatory minimum sentence of 15 years.

The onetime mayoral candidate, now known for sending explicit images of himself to women he met online, has been under investigation since a Daily Mail report last year that he had engaged in explicit online exchange with a 15-year-old girl.

That investigation disrupted the presidential race in its final weeks, when FBI director James Comey told members of Congress that in the course of the Weiner investigation, the FBI had discovered emails belonging to Weiner’s wife, Hillary Clinton consigliere Huma Abedin. In his letter, Comey said the letters could reopen the then-closed investigation into Clinton’s email server. Days later, Comey announced that the emails investigation was being closed again.

Comey’s letters are now the subject of their own internal justice department investigation.

According to the Wall Street Journal, Weiner’s attorneys have met with federal prosecutors in recent days.