How this kosher, gluten-free bakery creates some of New York’s tastiest bagels

Modern Bread & Bagel on the Upper West Side churns out 2,250 gluten-free bagels a day. (New York Jewish Week) — Orly Gottesman began selling gluten-free flour as a labor of love when her then-boyfriend, now-husband Joshua Borenstein was diagnosed with celiac disease in 2007. Over the ensuing decade, she grew from a hobbyist to a skilled baking professional, selling her unique blends to various bakeries and home bakers around the country.

But Gottesman really found her groove in 2018, when the couple were visiting family in New Jersey and decided to take a trip to the Upper West Side. There, near the corner of 82nd Street and Columbus Avenue, they passed a bagel shop for rent.

“I think we should take this,” Borenstein told Gottesman. “You have all these people buying your flour blends and bakeries using your blends. No one can execute the final product the way you can.”

It was then that the idea for the gluten-free and kosher restaurant and bakery Modern Bread & Bagel was born. The eatery opened at 472 Columbus Ave. in February 2019 and now turns out some 2,250 gluten-free bagels every day to rave reviews. Former New York Times restaurant critic Mimi Sheraton once wrote that a good bagel should give your jaw “a Sunday-morning workout” — thanks to an intense chew that’s almost always courtesy of high-gluten flour —  Modern Bread & Bagel’s gluten-free bagels prove there are exceptions to the rule.

In fact, its bagels have been named among the best in the city by no less an authority than Mike Varley, an intrepid New Yorker who recently published the results of a massive bagel tasting project, Everything Is Everything. After sampling and reviewing bagels from 202 shops during epic treks through the five boroughs, Varley placed Modern Bread & Bagel in a tie for third place for all of New York, and ranked it the second-best bagelry within the borough of Manhattan.

“The store experience is wonderful, it’s clean and contemporary,” Varley told the New York Jewish Week about Modern Bread & Bagel. “The staff is warm and welcoming and the bagel itself has a different quality to regular bagels. It is doughy and crusty. The topping composition is fantastic. And the fact that it doesn’t contain gluten makes for a much less heavy experience.”

Gottesman relished the review. “It was a real testament to accomplishing our mission of opening a bagel shop that ‘just so happens to be gluten-free,’” she said. “The bagels are what put us on the map.”

While “gluten-free” has evolved into something of a buzzy health trend — similar to the “fat-free” craze of the 1990s — the need for gluten-free products originates from a very real medical condition: celiac disease, in which the body has an immune response to gluten. When Borenstein was diagnosed it was relatively rare, though awareness of celiac disease has grown markedly since then. According to recent estimates, more than 2 million Americans have the condition.

Back in 2007, however, the celiac diagnosis was devastating to then 20-year-old Borenstein. “Josh told me he was lucky to have met me before all this happened,” Gottesman recalled. Borenstein, said Gottesman, is “a real foodie” whose family owns Chompie’s, a chain of bagel restaurants in Arizona. Having celiac signaled the end of his consumption of any sort of wheat product.

But Gottesman wasn’t ready to give up on Borenstein’s love of bagels. By 2010, the couple were married and living in Paris for Borenstein’s job. Gottesman didn’t speak French and didn’t have a work visa — and therefore had a lot of time on her hands. “I thought, when in Paris, take baking,” she said. Gottesman found an English-speaking patisserie owner and she took baking classes there.

Gottesman was a natural and eventually became the shop owner’s apprentice. After about a year, she decided to enroll in culinary school — landing at the Cordon Bleu Culinary Arts Institute in Sydney, Australia, where the couple relocated, again for Borenstein’s work. The move to Sydney “ended up being a blessing in disguise,” Gottesman said. “The program in Australia was so much more open to me exploring the gluten-free side of baking than was the Paris program.”

By 2014, Gottesman had completed her baking studies and moved to Arizona for a year to develop gluten-free products for Chompie’s. She created a line called Orly the Baker and made gluten-free bagels, challah rolls, rugelach, babka and cookies.

She returned to Australia in 2015 and worked in a commercial bakery, wholesaling a variety of gluten-free items for local bakeries and cafes. At the same time, she developed a line of gluten-free flours, Blends by Orly, designed to be used for a variety of different baking applications. She introduced her line of specialized flours to the market by traveling to the United States regularly to participate in trade shows and cooking demonstrations. 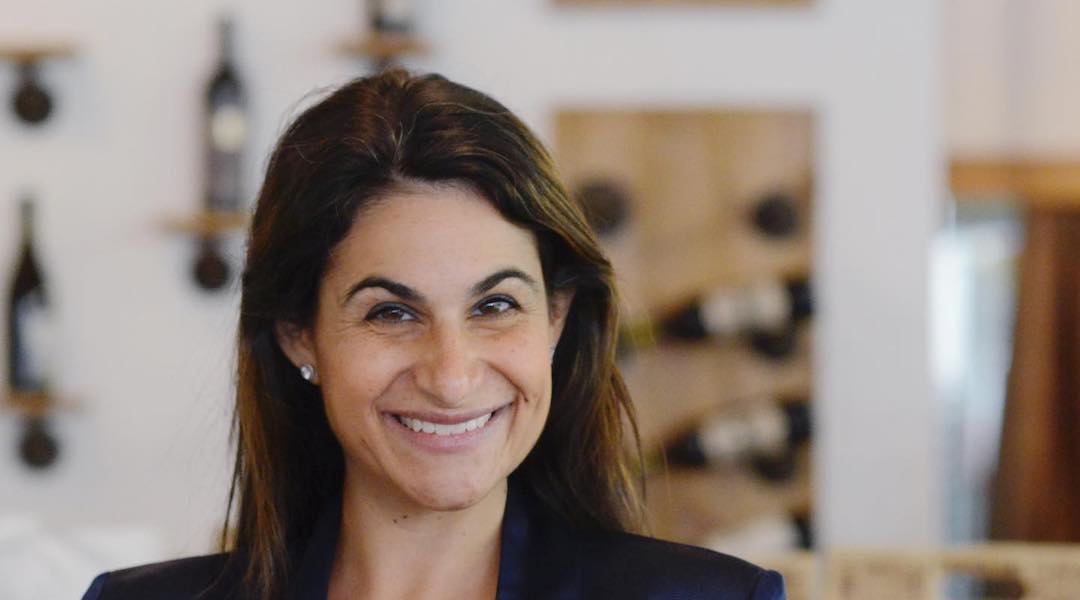 But when the couple stumbled across that for-rent sign in Manhattan, they decided it was time to open their own shop. They both felt that the Upper West Side was the right place to start. “It has a big Jewish customer base and we are dealing with bagels and Jewish food,” Gottesman said. They decided to make Modern Bread & Bagel kosher to further “reflect our values,” she said.

Gottesman’s bagels are made from her Manhattan Blend, which contains the ancient grains millet and sorghum. This particular gluten-free flour variety includes high-protein, gluten-mimicking ingredients, and she adds xanthan gum to the mix to give stretch to the dough.

The amount of water Gottesman uses in her bagel dough is also carefully calibrated. “If there is too much, it becomes fluffy. Too little will make it dry. You need the right balance of water to dough to yeast ratio,” she said. It took Gottesman three years to develop the right proportions.

Gottesman’s efforts paid off, and Modern Bread & Bagel now fills an important niche. Jessica Hanson is a celiac disease advocate who was diagnosed 11 years ago, and she clearly remembers what “regular” bagels taste like. “We are a family that really loves bagels,” she said. “When I was diagnosed with celiac disease I mourned the loss of bagels.”

Hanson, who lives in Woodside, Queens, considers Modern Bread & Bagel “a magical place.” As she told the New York Jewish Week: “My husband eats gluten and he absolutely loves bagels as well. He can’t tell the difference between that and a gluten-containing bagel.”

“People with celiac disease are used to having to ask a million questions about food preparation,” Hanson added. “When you get something that is so specific to family, culture and NYC and you know it is safe to eat, that’s really meaningful.”

For Gottesman, who now lives in Englewood, New Jersey, such accolades represent the fulfillment of a long-held dream. “It was really important to us to have a space that does not stigmatize gluten-free food,” she said. ”There are times that I get really jaded and discouraged. This is a hard business. But then you hear from people that this product is changing their lives. They are so appreciative.”

Just as the gluten-free bagels are a savior to celiac disease sufferers, during the pandemic lockdown the bagels also saved Gottesman’s business. “We became inundated with people asking if we could ship the bagels to them,” she said. “The bagels were the focal point of our business. They set us apart.”

These days, Modern Bread & Bagel sell out of their bagels nearly every day —  thanks to a combination of in-store orders, mail order and orders from her wholesale clients, Black Seed Bagels and Ess-A-Bagel. A second Manhattan Modern Bread & Bagel location opened earlier this month on West 14th Street, and a third location will follow in Woodland Hills, California next month.

“Everyone wants to do something in their lives that is meaningful,” said Gottesman. “The series of events that happened in my life, from meeting Josh to his celiac diagnosis to our travels around the world, culminated in this moment.”

How this kosher, gluten-free bakery creates some of New York’s tastiest bagels