Maurice Sendak’s untethered landscapes and crazy creatures set a high bar for my own games of make-believe. As a child, I wanted to crawl “Outside Over There.” I longed for a “Night Kitchen” of my own. And I was sure that I knew exactly how I’d dance at a “Wild Things” style Rumpus. But as a parent, there’s something I love even more than Sendak’s imagination. I love his honesty.

Adults like to think that children live in a happy place — free from care and worry. We want to protect our kids, to imagine them safe and sound. We speak in hushed tones when we fight with our spouses, and turn off the radio when a news story gets gory. We don’t want to upset our kids. But this is our tale, our make-believe. In fact, children live in a confusing and sometimes scary world, and of course they know it.

Maurice Sendak, who died May 8 at age 83, knew it, too, and even in his most whimsical moments, he allowed his characters and his readers a wide range of experience and emotion. However otherworldly his stories got, they were always rooted in honest depictions of the real world. His focus was often the snarls on the inside as well as the outside of his characters.

Decades later, we read Sendak’s books as classics. We accept them as sweet and charming. But when they came out they were shocking, and we might do well to reread them, and think about that…

Pierredoesn’t care. Ida — slipping off to “Outside Over There” — resents her baby sister, as most older siblings do. Max makes mischief in his wolf suit, and when the world gnashes its terrible teeth, he gnashes back. Nowhere does a parent hold a child’s hand. Nowhere does a parent follow closely behind. Sendak’s creations are at times petulant, lonely, homesick and angry. They get sad. They shout. They worry. A lot like regular kids.

Then, by the end of each story, the characters are always smarter, better off because of the danger, because of the unpleasant experiences and the frustrations. This is, of course, how actual kids learn actual things. The bowl of porridge — “still hot,” as it is in “Wild Things”— is always more comforting after the frightening adventure, isn’t it?

During a recent appearance on “The Colbert Report,” Sendak told Stephen Colbert, “I don’t write for children… I write. And somebody says, that’s for children.”

Now, I’m not certain that I believe Sendak’s soundbite. I’m pretty sure he knew for whom he was writing. But I also think that the essence of the statement is true — because I think that Sendak expected children to live in the same world as the rest of us.

Much has been made of Sendak’s Jewish background, and the fact that many of his family members died in concentration camps. “The Holocaust has run like a river of blood through all my books,” he once said. And I can’t help thinking about that now, as I reflect on how much the world has changed since Maurice Sendak started out, as I consider the confusion and fear that must have filled Sendak’s youth, and contrast it against the parenting culture of America today — in which we work so hard to separate our kids from the hardships of the larger world. Sendak expected children to suffer, as they do. And survive, as they do. I think there’s something we can all learn from that.

But there’s another side to this story too, a second lesson: If Sendak was writing for all of us, and if Sendak saw children as people, then he also saw the rest of us — the grownups — as children: petulant and worried and jealous, scared and cranky, too. But also capable of great imagination, of high adventure. Just as children must experience suffering in order to survive in this world, adults must experience adventure in order to make the most of it.

Sendak’s legacy is one of gifts and challenges: The challenge to be honest with ourselves always, to see our children as people and to trust them to survive, but also the challenge to find magic in the world, or to make it for ourselves.

I want to believe there is a boat waiting for me somewhere, that will take me “over a year and in and out of weeks and through a day and into the night” of my very own story.

Laurel Snyder is the author of children’s books, including “Baxter, The Pig Who Wanted To Be Kosher” and “Laila Tov, Good Night.” Contact her at feedback@forward.com. 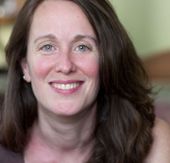