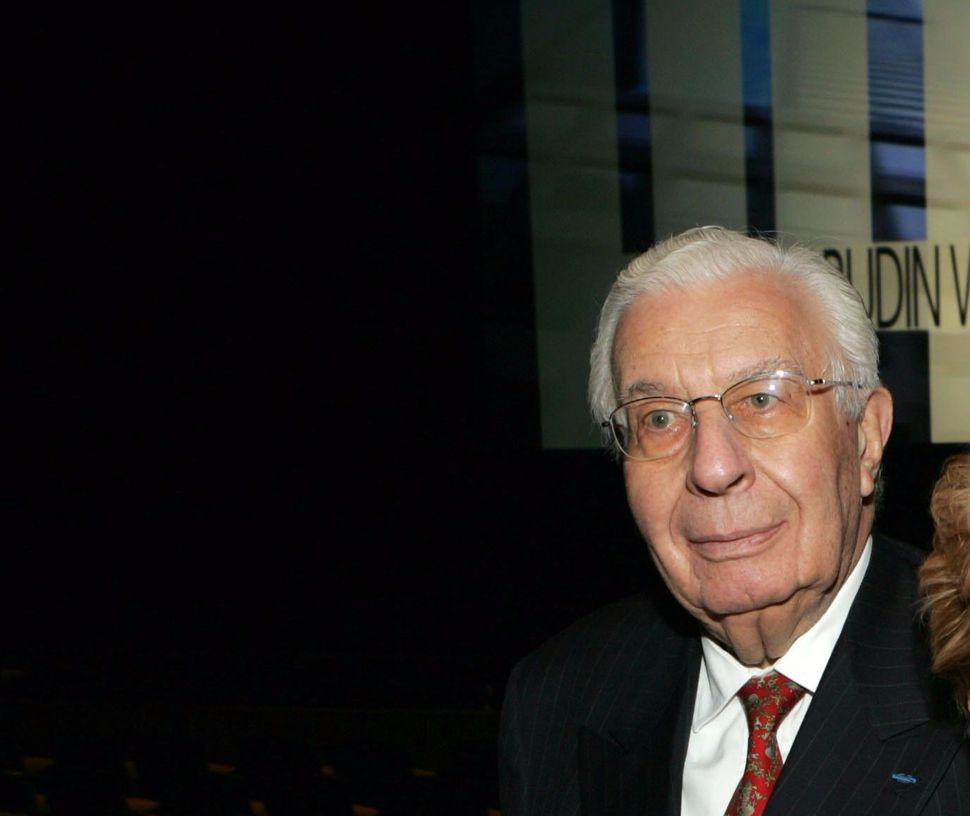 Jack Rudin, patriarch of one of the wealthiest Jewish families in the United States and a major real estate developer, died Sunday at 92.

Begun by Rudin’s grandfather in 1905, the family real estate enterprise has built one of the largest fortunes in the country.

Rudin was member of the board of the historic Congregation Shearith Israel in Manhattan. He also served on the boards of the American Museum of Natural History and Memorial Sloan-Kettering Canter Center, among others. He was a supprter of the Jewish Theological Seminary of America and Hebrew University, along with other Jewish groups.

A World War II veteran, Rudin was born in the Bronx. He is survived by his wife, Susan, and by children, step-children, and grandchildren.

A funeral is scheduled for Tuesday at Central Synagogue.