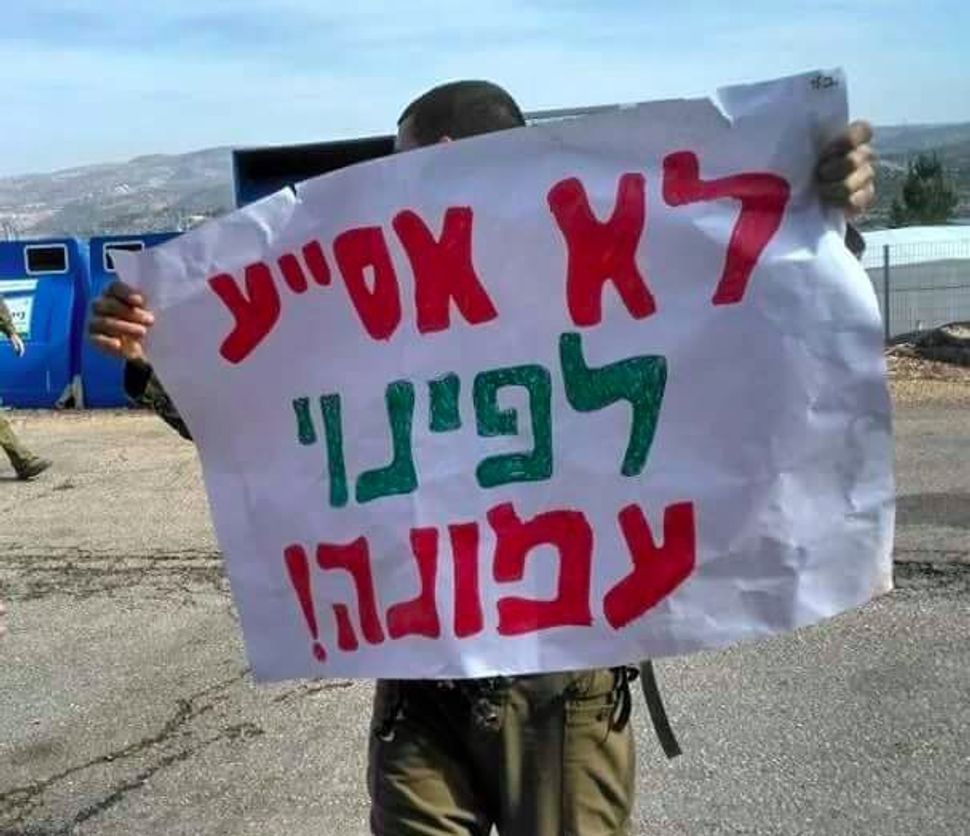 Israeli soldiers have taken to Facebook to pledge defy army orders and refuse to evacuate Amona, an outpost settlement in the West Bank slated for demolition this month.

A new Facebook group called “I am also refusing to evacuate Amona,” is displaying anonymous messages from soldiers who say they won’t evict Israeli settlers. The group has almost 1,850 “likes.”

Soldiers have sent in photographs of army paraphernalia that indicates their units, such as berets and badges, with hand-written messages saying they won’t evict other Jews from the wildcat Amona settlement.

The Israeli High Court ordered the government to evacuate Amona, which was built on private Palestinian land in the West Bank, by December 25. Israeli leaders say Amona’s settlers will be moved to adjacent plots, still in the Israeli-occupied West Bank.

The evacuation has Israel’s far right activists up in arms, with security officials bracing for a violent encounter with settlers who refuse to leave. Education Minister Naftali Bennett, usually seen as a settler champion, was given additional bodyguards since he has come under threat for not doing enough to save Amona.