You Can Now Read The Whole Talmud Online – For Free 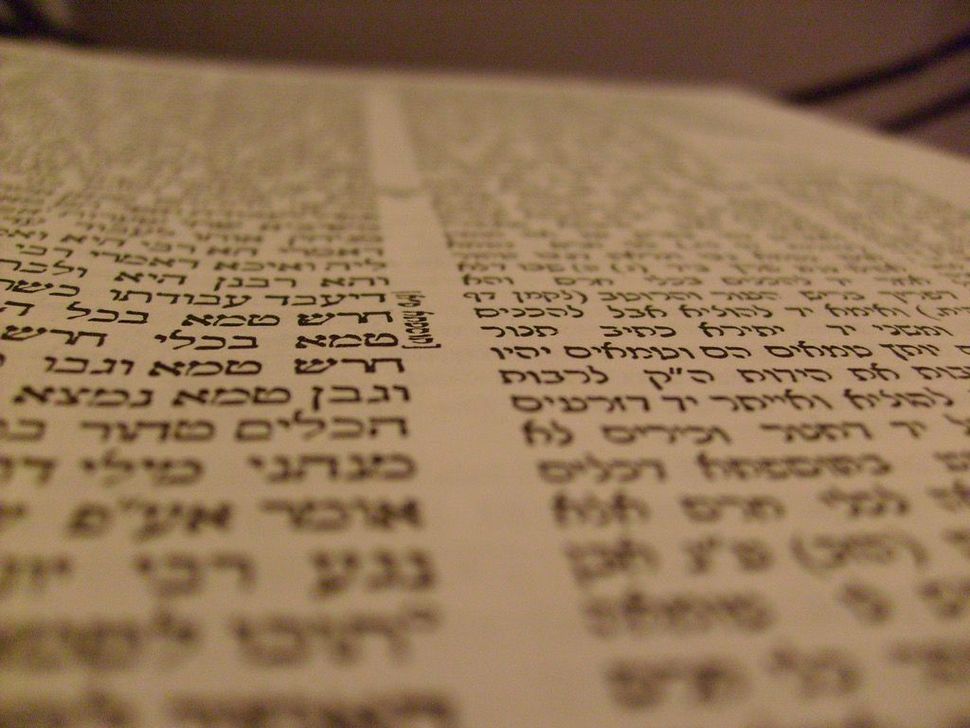 Given that it’s is one if not the most essential Jewish texts, the Talmud can be surprisingly hard to come by. But not anymore: The Jewish start-up Sefaria just released a free digital version into the public domain.

The William Davidson Talmud is an edition of the Babylonian Talmud with parallel translations into English and Modern Hebrew.

The interactive online version of the text is also interlinked to major commentaries, biblical citations, Midrash, Kabbalah, Halakhah, and an ever-growing library of Jewish texts.

And you can also use it beyond Sefaria’s website. The Talmud was published with a Creative Commons non-commercial license, which means that it is part of the public domain and everyone can use and re-use it, as long as you don’t make money from it. 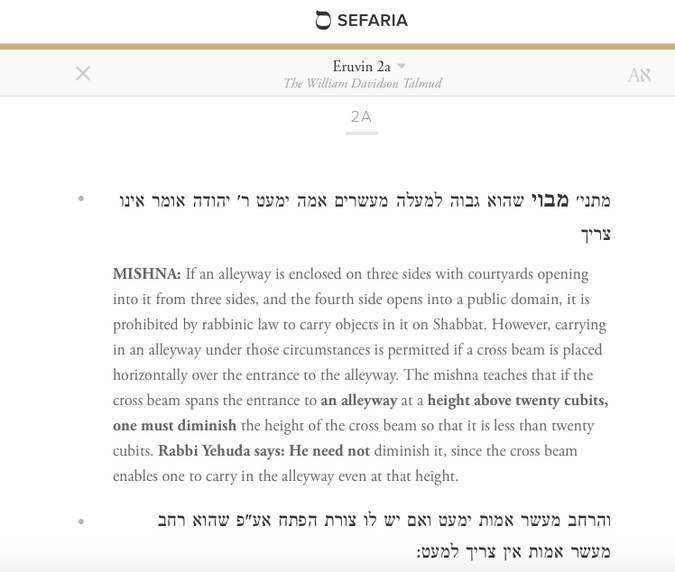 “The Talmud will now belong to, and be freely accessible by, all people in the two languages spoken by 90% of world Jewry,” Sefaria co-founder Joshua Foer told the Forward.

“Experts we’ve talked to believe this is the most significant work of intellectual property ever transferred into the creative commons philanthropically,” he added.

The whole project was years in the making.

Sefaria is a non profit that was started in 2011 by author, Joshua Foer, and Google alum Brett Lockspeiser, with a mission of putting the entire Jewish canon online. (The name Sefaria is a play on the Hebrew word for library, sifria.)

The two childhood friends had lost touch for many years, but reconnected over a “shared frustration” that the Talmud and other important Jewish texts were not accessible online.

“At that point, if you were to google the English Talmud, you would find pdfs from the Soncino edition published in England, you would get an anti-Semitic website and you would get a partial 1918 translation,” Foer told the Forward. “That by itself was kind off pathetic.”

So they quickly got to work, and have since amassed almost 1,600 Jewish texts and commentaries that are all available online.

“But we always knew the linchpin of the whole project would be whether we could get an English translation of the Talmud,” Foer said.

Currently, there exist only three English translations in the world. After years of negotiations Sefaria (with a grant from the William Davidson Foundation) bought the rights to one of them – from Rabbi Adin Steinsaltz.

Steinsaltz, a rabbi from Israel, spent 45 years of his life translating the Talmud from Ancient Aramaic to modern Hebrew and English. 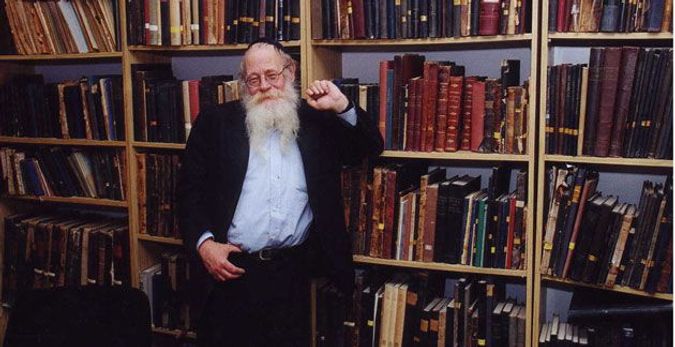 Literary Discipline: Working on the Talmud has kept his writing and intellect grounded, Steinsaltz says. Image by Edgar Asher

He was only 27 when the project began, and finished in 2010, after releasing a new section of the translation approximately once per year.

“I did it because it is necessary,” Steinsaltz told Israel’s Army Radio in 2010. “The Talmud is the spine of our culture … I wanted to restore to the Jewish people their heritage.”

As of now, Sefaria published 22 Talmud tractates in English (Berakhot to Bava Batra) online. The Modern Hebrew translations will start appearing online later this year, and the remaining English tractates will follow as soon as their are finished.

“We think that the Talmud is not just the life blood of the Jewish people, but one of the great works of Western civilization that has basically been inaccessible to a large number of people,” Foer told the Forward.

“It’s a real accomplishment for us, and the Jewish people in the world to now be able to access this,” Lockspeiser told the Forward.

All the texts on Sefaria are not only texts, they are also interconnected data with lots of fancy features and visualization tools.

“The Jewish canon is not really a collection of books on a book shelf, it’s like this gigantic un-ending conversation,” Foer told the Forward. “We wanted to return that text to the original modality of being fully interconnected and in conversation with each other.”

A team of 15 engineers works daily to create new ways to create these interconnections – for example to show the connections between Tanakh and Talmud or to highlight all the times that text is being repeated in the Jewish canon.

Users can create their own source sheets to collect and connect texts, sort of like a Torah mixtape. So far 60,000 users created sheets – many of them students.

If possible, all the texts on Sefaria have a public domain license.

“For the Jewish people, our texts are our collective inheritance,” said Sefaria CEO Daniel Septimus. “They belong to everyone and Sefaria wants them to be available to everyone,”

You Can Now Read The Whole Talmud Online – For Free