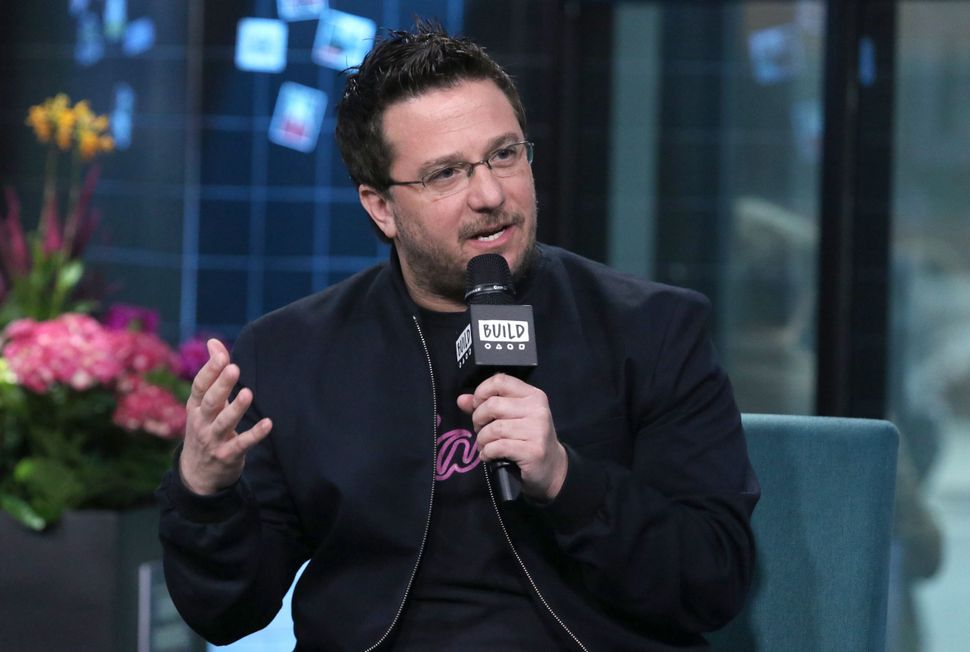 A clash between two flamboyant Miami figures has raised questions of antisemitism. But, like everything in this seething cultural stew of a city, it’s more complicated than that.

On one side is documentary filmmaker/activist Billy Corben, whose Miami-centric films, most famously Cocaine Cowboys and most recently 537 Votes on HBO, and scathing Twitter commentary on Miami corruption have made him a local cult figure.

On the other is City of Miami commissioner Joe Carollo, a controversial longtime local politician fighting a recall effort, with a tendency to anti-communist demagoguery and conspiracy theories that have earned him the nickname “Crazy Joe.” Carollo once compared a Black city manager to Idi Amin and mocked an Asian-American fellow commissioner for his “Kim Jong-Un” haircut.

Corben regularly lambastes Carollo on Twitter. Last September, he tweeted a 2001 TV news story when Carollo, who was mayor of Miami at the time, was arrested for battering his second wife, including the 911 call where the politician’s frightened young daughter pleads “my dad’s hurting my mom please come.” 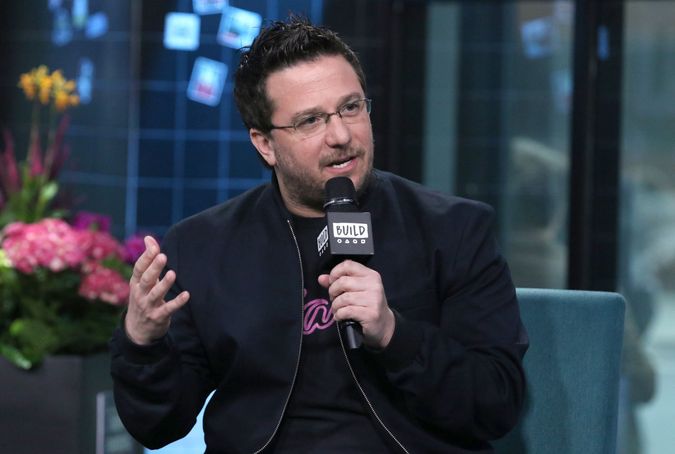 Corben also tweeted that Carollo was a “racist” who supported segregationist George Wallace for president, and, while working for Miami-Dade police, was reprimanded for putting a KKK cartoon in Black officers’ mailboxes — both incidents were reported by the Miami Herald and documented by Corben.

Carollo hit back at a city commission meeting on March 11, repeating Corben’s real name, which is William Cohen. Corben, who makes no secret of being Jewish, adopted the professional name as a child actor, though he uses his given name for legal purposes.

“He’s gotten kind of nasty with me on that Tweeter[sic] of his,” Carollo said in the meeting, which, like all commission meetings, is available online. “The guy named Billy Cohen.”

When other commissioners said the correct name is Corben, Carollo responded, “No no no, his real name is Billy Cohen. I don’t think he likes his last name so he uses Corben.”

Miami Commissioner Joe “My Dad’s Hurting My Mom” Carollo isn’t just a racist wife beater, he’s also an anti-Semite. But in this housing market it’s good to live rent-free in his tiny head. P.S. The fish is from The Godfather, not Goodfellas, you putz. #BecauseMiami @JoeCarolloNow pic.twitter.com/KYmWp2rzih

Carollo talked insultingly about Corben and his family, before saying “I do want to put aside a special few minutes every meeting. This is gonna be little Billy Cohen time,” as other commissioners chuckled. “So stay tuned boys and girls, it’s gonna be fun every meeting.”

Corben quickly tweeted, “Miami Commissioner Joe ‘My Dad’s Hurting My Mom’ Carollo isn’t just a racist wife beater, he’s also an anti-Semite. But in this housing market it’s good to live rent-free in his tiny head” and added “I’d rather play ‘Call of Duty’ with Meyers Leonard than go to a drive-in with Joe Carollo.” 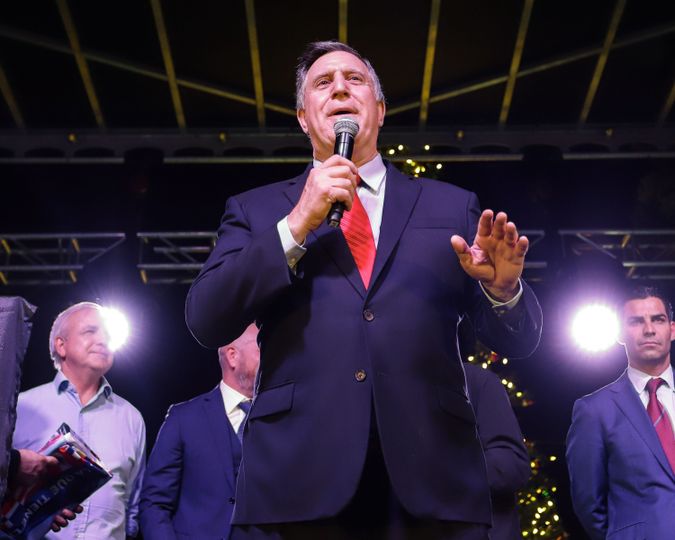 “Why does he think I don’t like my last name?” Corben said. “Nobody Jewish would ever throw that at you as an epithet. It’s like saying Billy Jew. He wants to intimidate me and stifle my speech.”

That hasn’t happened. Instead, Corben had his attorney, Juan Carlos Planas, demand that he be able respond to “little Billy Cohen time.” When the city didn’t answer, Corben sent a truck with an external video display streaming Carollo’s arrest to circle City Hall during the city commission meeting on Thursday.

When Corben got up to speak, the exchange devolved into chaos, with a furious Carollo shouting frequently, at one point saying “The problem is you don’t like Cuban-Americans. You like Cubans like Raul” —Presumably Raul Castro, brother of Fidel. The clash left others in the chamber slack-jawed, and prompted a story in the Miami Herald.

Approached for comment in his office afterwards, Carollo said he would not comment because The Forward is a “socialist newspaper.”

Planas said Carollo was not only being antisemitic, but abusing his power.

The emphasis on Corben’s Jewish last name was more than a dog whistle, Planas said, “it was his way of telling his constituents this man isn’t one of us.”

This is not the first time a local politician has used Corben’s name as an insult.

Last October, Corben got into it with County Commissioner Keon Hardemon, whom he calls “Pay 2 Play Keon.” “You are going to eat those words William Cohen,” Hardemon responded.

In January, Corben called out City of Miami Beach commissioner Ricky Arriola, who has shared COVID-19 conspiracy theories and compared BLM protests to the Jan. 6 insurrection, setting off a middle-school worthy Twitter brawl where Arriola called Corben “Billy the bitch” and invited him to duke it out, writing “Loser. Quit blocking people you disagree with or who you are afraid of (which is everyone.) Billy Cohen” and “I don’t hide my identity or heritage like Billy does.”

(Miami and Miami Beach are among multiple municipalities in sprawling Miami-Dade County.)

“None of these people are Jewish,” Corben says. “It’s the equivalent of pinning a yellow star on me. I might be a public figure, but I’m not an elected official. I’m not seeking the public trust or seeking office. These guys don’t like that I criticize them.”

No Jewish leaders have stepped into the Carollo-Corben-Cohen fracas. Asked for a comment, the ADL of Florida emailed this statement. “We have watched with dismay this escalating war of words between Commissioner Carollo and Billy Corben, which now apparently has taken a turn into antisemitism. We hope that Commissioner Carollo reconsiders and reflects on his language from the dais about Mr. Corben.”

These battles have a twist in majority-minority Miami-Dade, and not just because they’re juvenile. Arriola, Carollo, and many of its politicians and leaders are Cuban-American. Hardemon is Black. Daniella Levine-Cava, the new mayor of Miami-Dade County, is Jewish, as is the mayor of Miami Beach, and Jews are a significant presence among the 11% of Miami-Dade that is non-Hispanic white.

No politician in Miami-Dade, which is 71% Hispanic, would make fun of a Spanish-sounding name. Yet the other Miami commissioners snickered as Carollo went on about “little Billy Cohen.”

Corben finds it strange that his name has become an issue for him at 42. He was a successful child actor (LA Law, Parenthood) when someone at an audition said “Oh, Billy Cohen – a nice Jewish boy,” and his agent suggested changing his name.

Corben, who had just had his bar mitzvah, said he cried, talked with his parents, and reconciled himself to the shift as a practical tactic. When he started making films in high school, he kept Corben as his professional name.