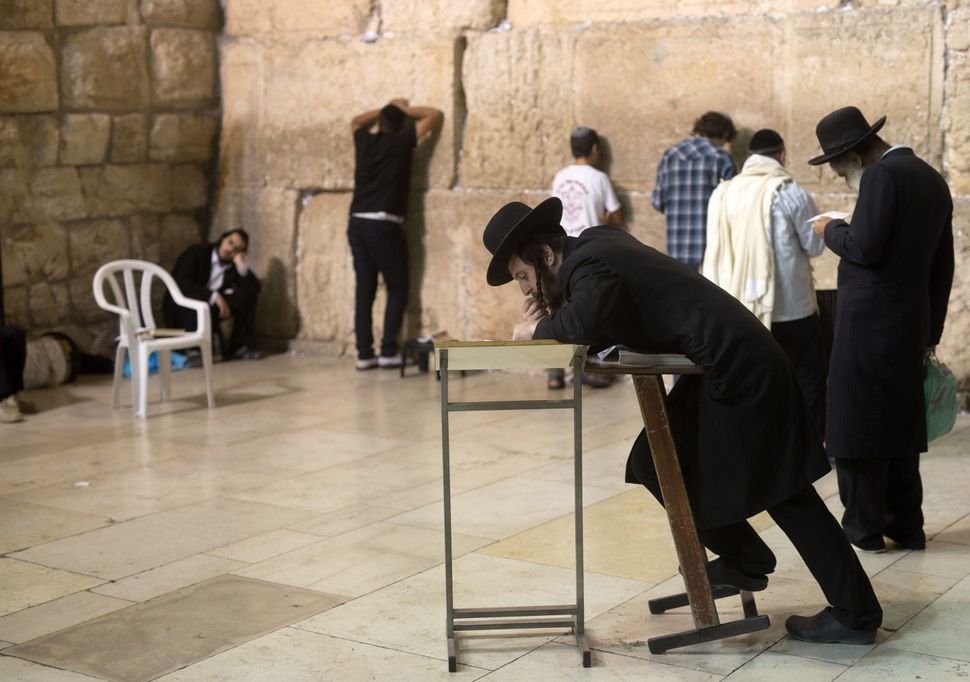 A group of American and European Orthodox leaders are heading to Israel on Tuesday for a 48-hour mission to lobby the government to shelve plans that would change the status quo on religious issues that are supported by liberal Zionists and the Reform and Conservative streams of Judaism.

The mission is organized by Am Echad, the Hebrew translation of “one nation,” founded in 1997 and affiliated with Agudath Israel of America.

Leah Aharoni, Am Echad’s Israel director, described the organization as one “dedicated to strengthening the connection between Israel and the Diaspora on the basis of our shared Jewish identity.” She said the point of this year’s mission, the first trip since 2018 and the fourth since its founding, is to raise its concern with Israeli elected officials about the coalition government’s desire to reform existing laws concerning religious conversion and kashrut certification, as well as the Kotel deal, which designated protected space at the Western Wall for various streams of Jewish practice.

The delegation is headed by Sol Werdiger, chairman of Agudath Israel’s board of trustees, and is expected to meet with Israeli Prime Minister Naftali Bennett, President Isaac Herzog and senior cabinet ministers. They will also meet with Benjamin Netanyahu, the former prime minister and present opposition leader, whose government approved the Kotel deal in 2016.

The group will hand-deliver to Bennett a printed copy of an online petition with more than 150,000 signatures (the organizers said they screened it for duplicates and bots) that opposes the creation of a formal pavilion for egalitarian prayer. The prime minister recently shelved the plan. But Aharoni said Orthodox leaders are “not taking Bennett at his word” since he’s still head of a coalition government that includes members who are actively supporting the compromise with the support of Jewish American leaders. 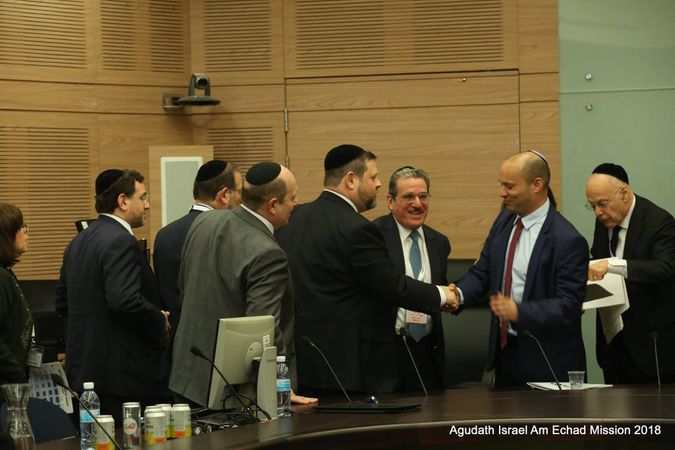 Members of the Am Echad delegation greet Naftali Bennett, then the minister of disapora affairsm at the Knesset in Jerusalem on October 15, 2018 Image by Agudath Israel of America

She pointed to a recent letter by Matan Kahana, the minister of religious services and a member of Bennett’s Yamina Party, dismissing their concerns about his proposed reform that would overhaul the existing system for conversions, currently administered by Israel’s Chief Rabbinate. In his response letter, Kahana defended the legislation and criticized the organization for disparaging the rabbis supporting the reform.

“We are a very large, engaged and growing constituency in the Diaspora, and our position on the matter should be included, not disregarded,” said Leah Zagelbaum, vice president of communications at Agudath Israel.

Aharoni said she would consider the mission a success if they convince Israeli leaders that the issues, like the Kotel and conversion, “that are at the heart of the soul of the Jewish people, cannot be changed at whim by a small group of politicians without broad consensus in the Jewish world.”

The trip overlaps with the 47th annual mission of the Conference of Presidents of Major Jewish American Organizations.

In a Zoom call with top leaders of the conference of presidents in September, Bennett promised to “start dealing with more complicated issues” like the Kotel once the Knesset approved his government’s biennial budget, which passed in November.

William Daroff, CEO of the Conference of Presidents, told the Forward that his group doesn’t generally engage on religious issues out of respect to its 53 member organizations, which includes the Reform and Conservative movements and the Orthodox Union. But he said that these issues might be brought up in discussions by other organizations seeking to engage on issues that are important to them.