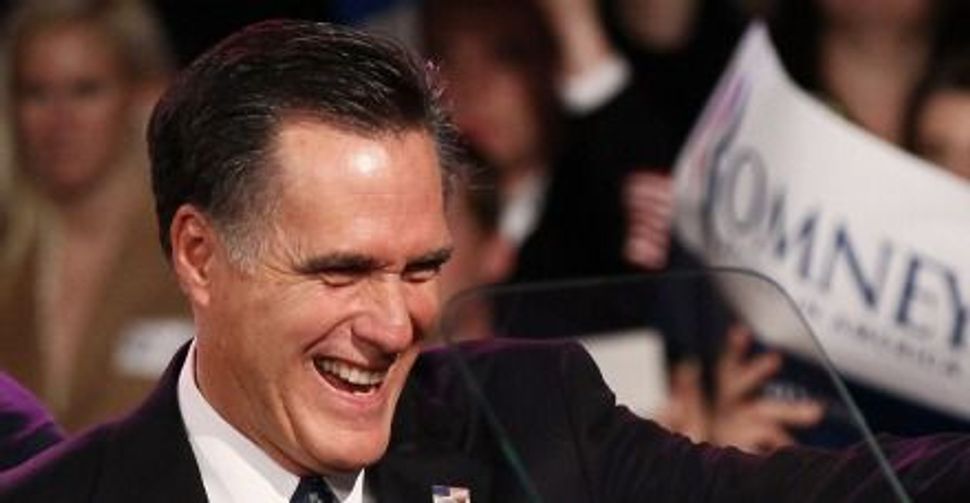 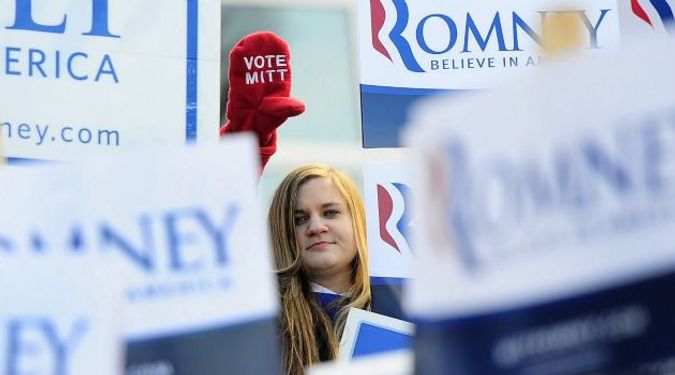 Mitt?s the Man: A Mitt Romney supporter celebrates his victory in the New Hampshire primary. Next stop for the GOP candidates is South Carolina. Image by getty images

A number of news organizations were projecting a win for the former Massachusetts governor in the GOP presidential primary based on early returns Thursday evening.

With nearly all the precincts counted, Romney had nearly 40% of the vote.

Rep. Paul (R-Texas) had about 22% of the vote and Huntsman was scoring 16%. Romney last week squeaked a win in Iowa, the first caucus state.

A New Hampshire win may contribute to the aura inevitability Romney has long sought but has so far failed to secure.

Huntsman, the former Utah governor who like Romney is a relative moderate, had bet much of his campaign on a strong showing in New Hampshire. He told CNN Tuesday night that a third place showing was strong enough to continue.

Paul’s relatively strong showing will do little to quell concerns among Jewish Republicans that his views, which include cutting foreign assistance including to Israel, have gained traction in the party.

Tying for fourth and fifth place with about 10 percent each were Rick Santorum, the former U.S. senator from Pennsylvania, and Newt Gingrich, the former speaker of the U.S. House of Representatives.

Coming in last was Texas Gov. Rick Perry, with 1 percent. Perry is focusing his attention on the next primary state, South Carolina, which goes to the polls on Jan. 21.