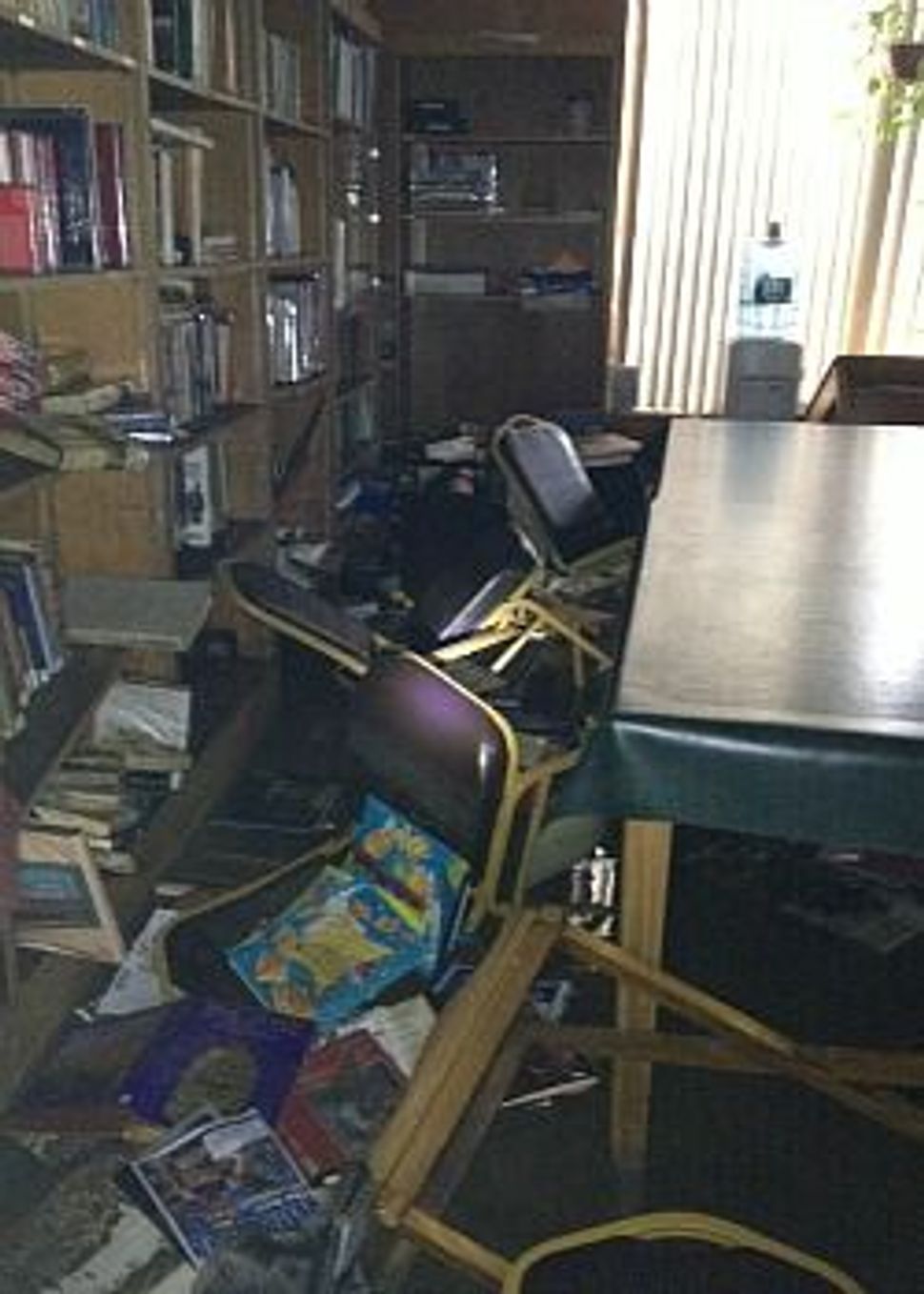 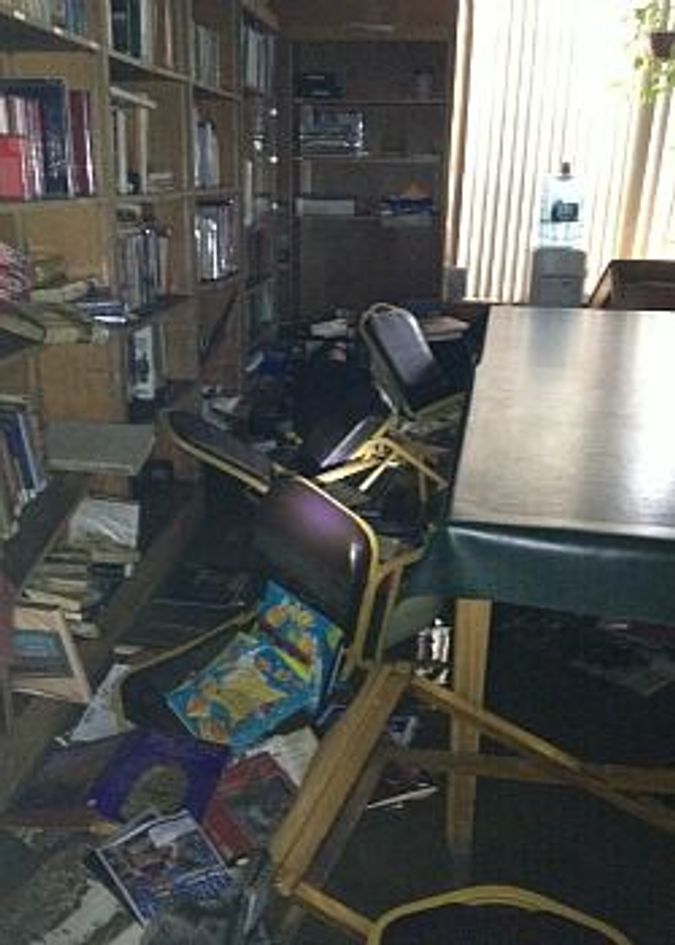 The sanctuary, social hall, and gym were flooded. A downstairs bathroom was still submerged hours after the storm’s high waters receded. The boiler and mechanical rooms were almost certainly full of seawater.

“The sanctuary is just a disaster,” said Rabbi Majorie Slome, the synagogue’s rabbi, who visited the synagogue Tuesday.

A small Reform congregation of 100 families, West End is located in Neponsit on the Rockaways, a block from Jamaica Bay on one side and three blocks from the Atlantic Ocean on the other.

The storm also stranded many congregants. The entire area was under a mandatory evacuation order after 7 p.m. on Sunday night. Slome said that some of her congregants chose to ignore the order. She was able to check on some yesterday.

“Some of them didn’t even answer their, door but I got in touch with their adult children and they probably didn’t hear my knocking because the doorbells don’t work,” Slome said. Power in the area remains off.

Slome said that she removed the congregation’s Torah scrolls from the synagogue before the storm. Little else was saved.

“The sanctuary was completely upended,” she said. “Prayer books are all over the place, the pew was upended, the cushions are soaked through, the rug is completely wet.”

New curtains in the social hall were ruined, as were recently refinished floors. Newly renovated downstairs bathrooms are under four feet of water Tuesday.

“The office was hit, the library was turned over,” Slome added.