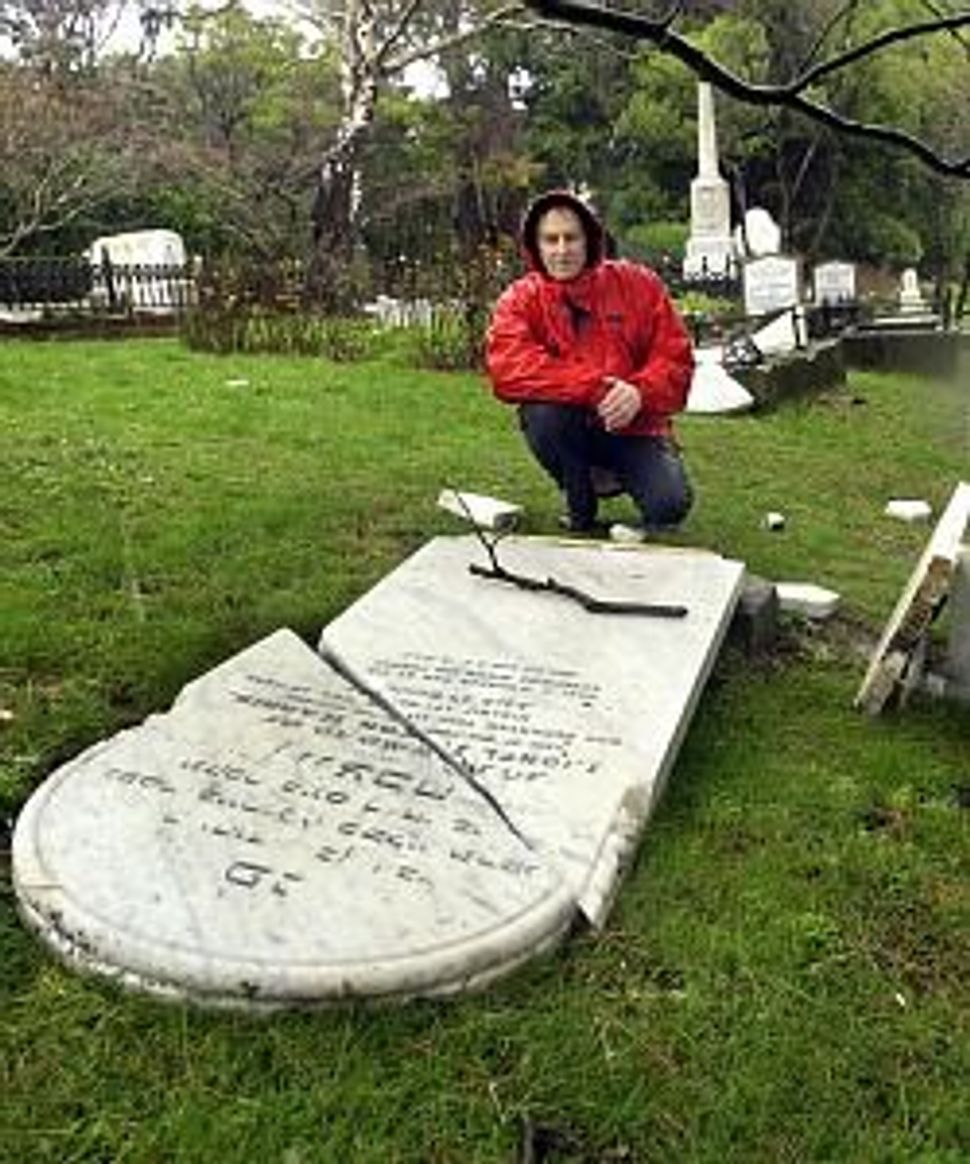 A New Zealand teen who pleaded guilty to desecrating a Jewish cemetery in Auckland last year was offered assistance by the Jewish community. 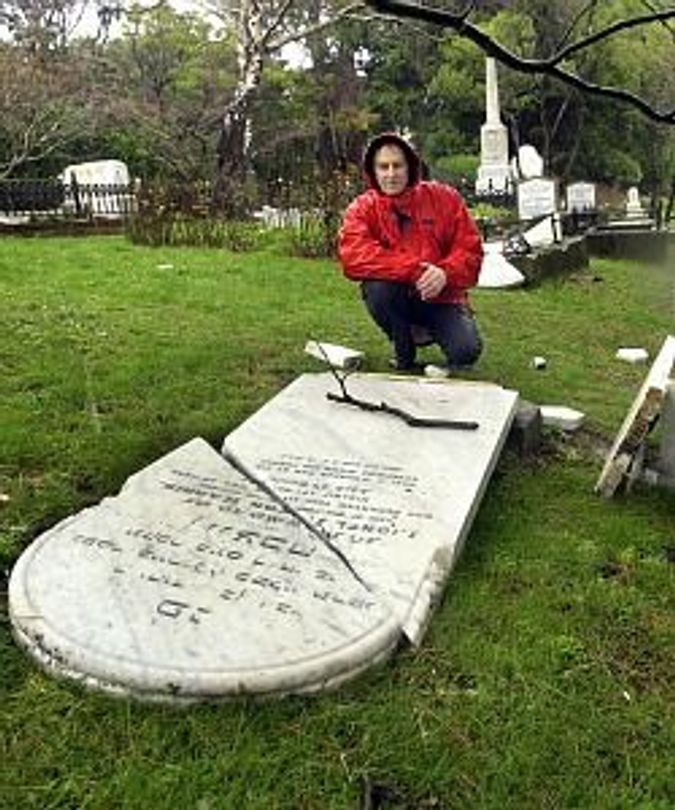 Robert Moulden, 19, who was among the vandals who painted swastikas and anti-Israel expletives on historic headstones in Auckland’s Symonds St. Cemetery last October, will be sentenced next month.

A second man, Christian Landmark, 20, appeared in the Auckland District Court Tuesday and pleaded not guilty to a charge of intentional damage. He is scheduled to reappear in court in June. Police withdrew a charge against a third man.

Geoff Levy, chair of the New Zealand Jewish Council, confirmed to local media this week that Moulden had attended a restorative justice session in which offers were made to pay for his university fees.

Moulden lives in a hostel and has no family support, according to a report by Fairfax Media. During the program, he was taught about the Holocaust and has attended a Friday night Shabbat dinner, the report said.

“When we asked him what he wanted to do with himself he expressed a desire to follow engineering if he could,” Levy told Fairfax Media. “We’ve given this young man a chance to respond to the offers, and we’ve appointed someone to liaise with him to see whether he can be helped, or wants to be helped.”

But others within the small Jewish community are nonplussed by the olive branch. Levy added: “It doesn’t derogate from the need for him to pay a penalty for what he has done, or the need to restore the cemetery or the anger and upset we feel as a community.”

Moulden has not confirmed if he will accept the offer.