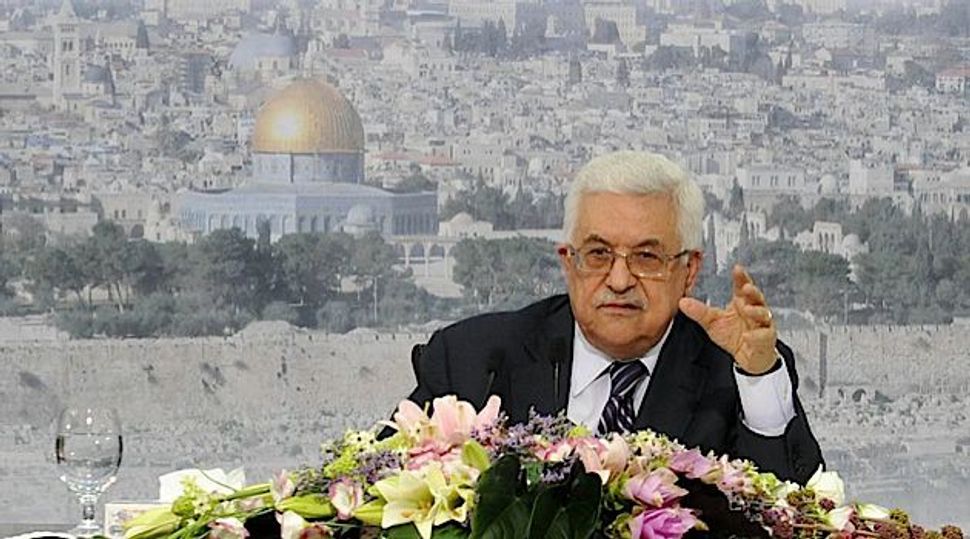 Palestinian President Mahmoud Abbas tried to get Israel to let 150,000 Palestinians fleeing war in Syria resettle in the West Bank, but dropped the request after the Jewish state demanded they first give up their right of return, he said.

Syria is home to around 500,000 Palestinian refugees, some of whom have been fleeing the country because of civil war between forces loyal to President Bashar al-Assad and fighters seeking to topple his government.

Israel has said it has no plans to allow them to enter the West Bank, which it has occupied since 1967.

“I asked the Secretary General of the United Nations, I told him to ask our neighbours to let us be bring them to Palestine. Four days later the surprise answer came to me, (the Israelis) agree,” Abbas told Lebanon-based Al-Mayadeen television in an interview broadcast on Friday.

“They agree on one condition…that each one of the refugees renounce their right of return. We said, forget it,” Abbas said.

Around 5 million Palestinian refugees live in U.N.-run camps in Jordan, Lebanon, Gaza, the West Bank and Syria, after they or their ancestors fled or were forced from homes in what is now Israel during the 1948 war of Israel’s founding.

Palestinians believe U.N. General Assembly resolutions enshrine a right for these refugees to return to their original lands, an idea consistently rejected by Israel.

Their fate has been one of the thorniest sticking points throughout the decades of violence and diplomacy between the Israelis and the Palestinians.

The office of Israeli Prime Minister Benjamin Netanyahu has denied it would let Palestinians from Syria into the West Bank. Israeli government representatives told Reuters they had no information on such talks.

The head of the U.N. agency responsible for Palestinian refugees told Reuters he had not been informed of any deal between Israel and the Palestinians on a repatriation.

“It seems to be, frankly speaking, an unrealistic option from the practical point of view, to move a large number of people through Jordan and then the occupied territory, or Egypt,” said Filippo Grandi, head of the United Nations Relief and Works Agency for Palestine Refugees in the Near East.

Abbas, who himself fled his original hometown in Northern Israel, courted domestic controversy last year when he told an Israeli news channel that he had no desire to return.