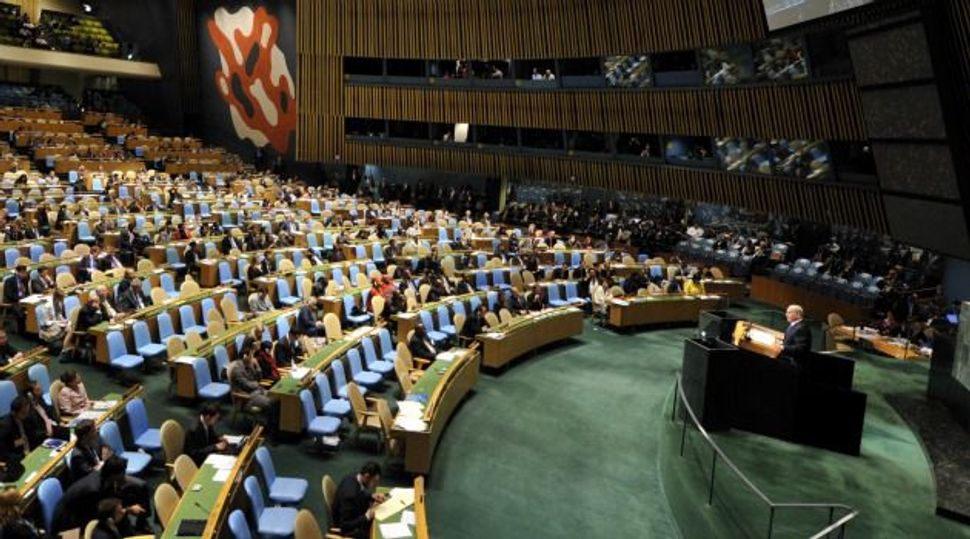 Israel boycotted a U.N. human rights forum on Tuesday where it was due to have its record reviewed, setting a precedent that concerns rights activists and many Western nations.

The president of the Human Rights Council, Poland’s ambassador Remigiusz Henczel, noted the absence of the Israeli delegation and ordered the meeting suspended briefly to decide how to proceed.

He called it “an important issue and unprecedented situation”, inviting comment by the council’s 47 members as well as observer states.

Israel, which would be expected to face criticism for its dealings with the Palestinian territories that is says are to safeguard security, suspended relations with the council last May because of what it called an inherent bias against it.

The record of the Jewish state was due to be examined by the 47-member state forum as part of the Universal Periodic Review (UPR) process, the council’s scrutiny of all U.N. member states. Israel’s last review was in December 2008, when it attended.

“As the only recalcitrant state among 193, Israel’s deliberate absence would sabotage the principle of universality,” Peter Splinter, Geneva representative of Amnesty International to the U.N. in Geneva, said in a blog on Tuesday.

U.S. human rights ambassador Eileen Chamberlain Donahoe, speaking to reporters last week, said of the U.S. ally: “We have encouraged Israel to come to the UPR, to tell its story, to present its own narrative of its human rights situation. We think it is a good opportunity to do that.”