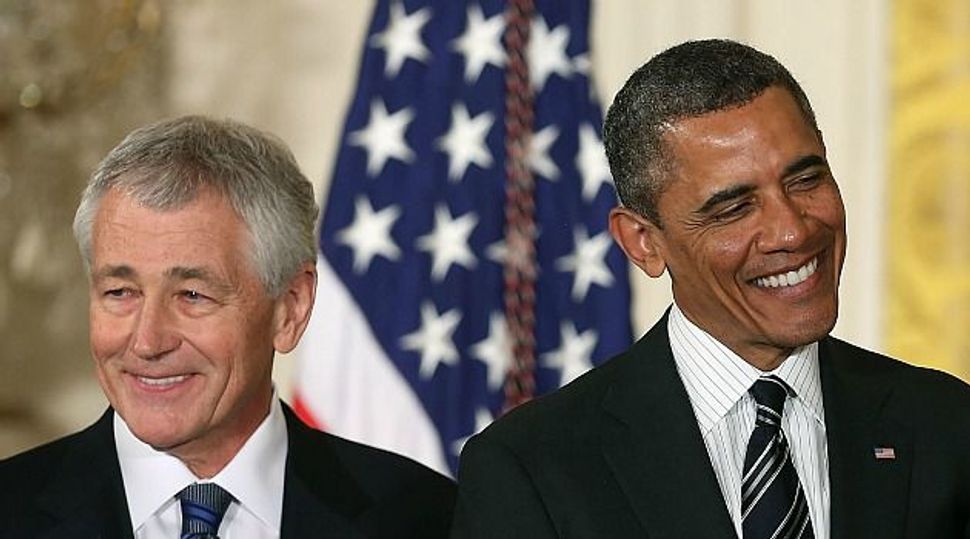 Senator John McCain said on Monday he opposes using a procedural hurdle to block a vote on Chuck Hagel’s nomination to be defense secretary, a stance likely to boost White House confidence that Hagel will win Senate confirmation.

“I do not support a filibuster,” the Arizona Republican told reporters at the Capitol. “I don’t think it’s appropriate and I would oppose such a move.”

McCain, the Republican presidential nominee in 2008, did not say whether he would vote to confirm Hagel.

The former Republican senator faced a barrage of questions about his record from McCain and others last week when he appeared before the Senate Armed Services Committee.

But even before McCain spoke, a source close to the administration of President Barack Obama said the White House believed it would have the votes to get Hagel confirmed.

Administration insiders say their “head count” shows that all 53 Democrats in the Senate, as well as two independents and a handful of moderate Republicans, are likely to vote to confirm Hagel.

Once the 100-member Senate moves to a final vote, all the nominee needs is a simple majority.

Administration officials also said they thought there were enough Republicans – at least five – who would vote with the Democrats to oppose any procedural maneuvers to block Hagel’s nomination.

It’s still unclear how quickly the Hagel nomination can move forward. First he must be approved in committee. Armed Services Committee Chairman Senator Carl Levin, a Democrat, has said the earliest a committee vote on Hagel can take place is this Thursday.

Hagel is believed to have enough votes for committee approval. But a committee vote requires a quorum, and Republicans could force a delay by refusing to participate.

Once a nomination gets out of committee and moves to the Senate floor, any senator can object to a final vote. This is “filibustering” the nomination, and 60 votes are required to overcome such an objection.

Hagel’s most committed opponents are still hoping a small number of Democrats can be persuaded to vote against him, mainly due to questions his critics have raised over whether he is sufficiently supportive of Israel and tough on Iran.

However, several of the most prominent pro-Israel Democrats in the Senate have announced they will be voting for Hagel.

An administration source said three Democrats who had previously been noncommittal – Kristen Gillibrand of New York, Richard Blumenthal of Connecticut and Mark Udall of Colorado – also are expected to vote for Hagel.

On the Republican side, two senators have declared their intent to vote for Hagel: Thad Cochran of Mississippi and Mike Johanns of Nebraska, Hagel’s home state.

Two moderate Republicans, Susan Collins of Maine and Lisa Murkowski of Alaska, are likely votes for Hagel, though they have not announced their intentions, a White House official said. This would bring the pro-Hagel total, including with Democrats and independents, to 59.

In addition, Senator Roy Blunt, a Missouri Republican, told MSNBC last week that although he plans to vote against Hagel on the Senate floor, he likely would not support a filibuster against Hagel.

As a result, pro-Hagel head-counters believe there may already be 60 Senate votes to clear procedural hurdles – even without McCain.

The principal public campaigns against Hagel have been mounted by special interest groups, including the Republican Jewish Coalition, whose website lists casino mogul and major conservative donor Sheldon Adelson as one of its directors.

Matthew Brooks, the group’s director, said the coalition was engaged in a “very aggressive outreach” effort to lobby Republican senators to vote against Hagel.