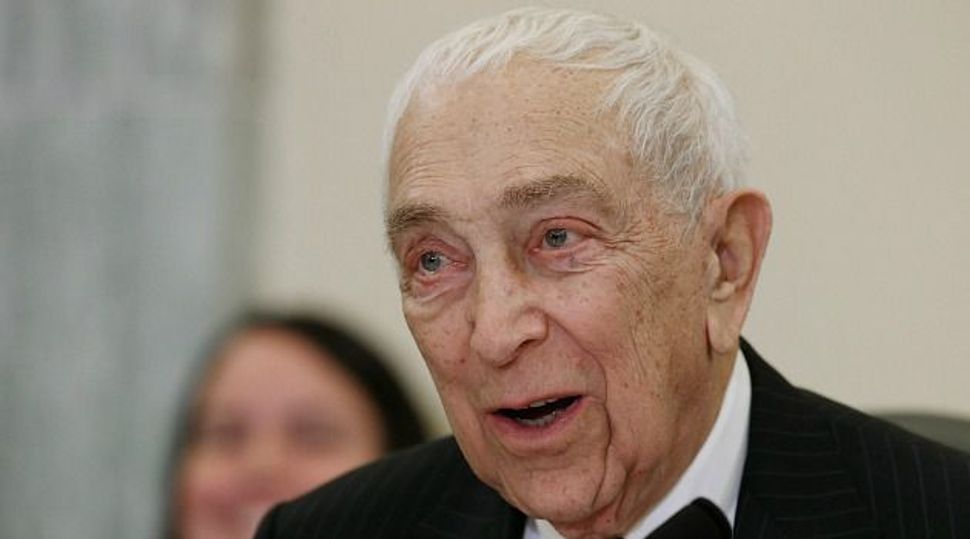 Senator Frank Lautenberg, the New Jersey Democrat who at 89 is the U.S. Senate’s oldest member, said on Thursday he will not seek re-election next year.

Newark Mayor Cory Booker, a fellow Democrat, is seen as a front-runner to replace Lautenberg, a self-made multimillionaire businessman who became a leading liberal voice in the Senate.

In a statement, Lautenberg offered no reason for his decision to retire from Congress, but vowed to keep working for constituents until his Senate term ends in January 2015.

“While I may not be seeking re-election, there is plenty of work to do before the end of this term and I’m going to keep fighting as hard as ever for the people of New Jersey in the U.S. Senate,” he said.

“This is not the end of anything, but rather the beginning of a two-year mission to pass new gun safety laws, protect children from toxic chemicals, and create more opportunities for working families in New Jersey,” he said.

A spokesman for Booker did not immediately reply to a request for comment, and his usually overflowing Twitter feed was silent just after Lautenberg’s announcement.

A survey by Public Policy Polling released in November found most New Jersey Democratic voters wanted to see Lautenberg retire at the end of his fifth term in 2014 rather than seek re-election.

The same survey found Booker leading the pack of potential Democratic candidates for the Senate seat, with six in 10 voters saying they want to see him run.

Booker is a rising star in the Democratic party, known as much nationally for his recent rescue of a woman from her burning home as he is for running a city troubled by high crime and unemployment.

After contemplating a possible run against New Jersey’s Republican Governor Chris Christie this year, Booker instead filed papers in January to run for Lautenberg’s seat.

Lautenberg was first elected to the Senate in 1982, after incumbent Democrat Harrison Williams quit in a bribery scandal.

Lautenberg had retired from the Senate in 2000, saying he was tired of chasing campaign contributions. But in 2002 he came out of political retirement at age 78, again helping the Democrats retain a seat after Senator Robert Torricelli dropped his re-election bid amid corruption charges involving improper gifts from a businessman.

Marc R. Stanley, chair for the National Jewish Democratic Council, said in a statement that his organization was saddened by the news.

“Jewish Democrats around the country will miss his stalwart support for the U.S.-Israel relationship and his leadership on progressive domestic policies supported by the vast majority of American Jews,” Stanley said.