Egyptian Doctor Is First Arab Recognized as Righteous Among the Nations 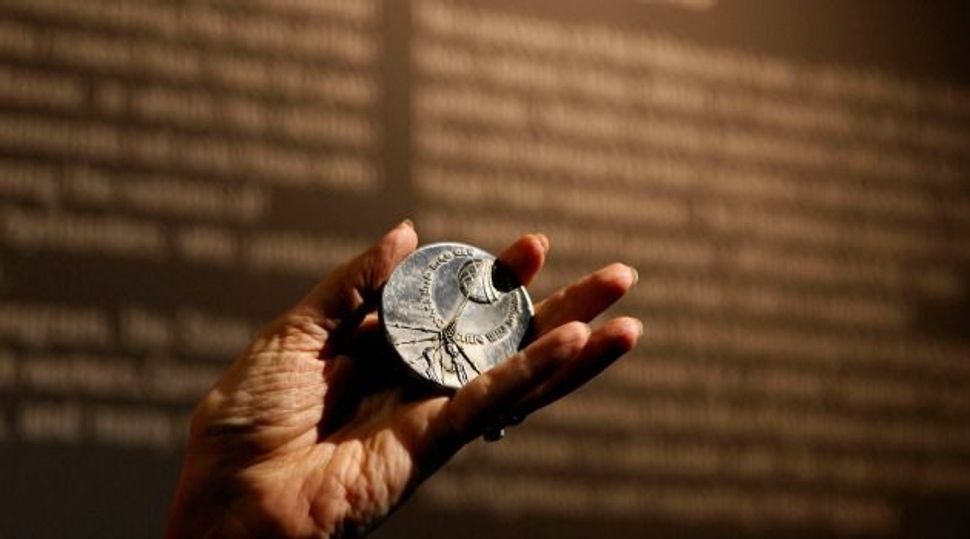 My Brother?s Keeper: The ?Righteous Among The Nations,? medal is given to non-Jews who opposed the Nazis? treatment of Jews during World War II. Image by Getty Images

JERUSALEM — An Egyptian doctor was recognized as a Righteous Among the Nations for helping to save a Jewish family during the Holocaust — the first Arab to be so recognized.

Dr. Mohamed Helmy was recognized by the Yad Vashem Holocaust Memorial, the institution announced Monday. The memorial also cited Frieda Szturmann, a German woman, for working with Helmy to rescue the family.

Yad Vashem is searching for the rescuers’ next of kin to posthumously honor their relatives in a ceremony and present them with the certificate and medal of the righteous.

Until the next of kin is identified, the certificates and medals will be on display in the ”I am My Brother’s Keeper: 50 Years of Honoring Righteous Among the Nations” exhibition at Yad Vashem.

Helmy settled in Berlin after completing his medical studies there. He suffered discrimination and was forbidden to work under the Nazi regime. He spoke out against Nazi policies and hid a Jewish friend at a cabin he owned and arranged to hide other members of her family at Szturmann’s home, according to Yad Vashem.

Letters written decades ago by the Jewish Holocaust survivors on behalf of their rescuers were discovered in the archives of the Berlin Senate and recently submitted to Yad Vashem.

Egyptian Doctor Is First Arab Recognized as Righteous Among the Nations