Pope Reaches Out To Jews With Email To Holocaust Lawyer 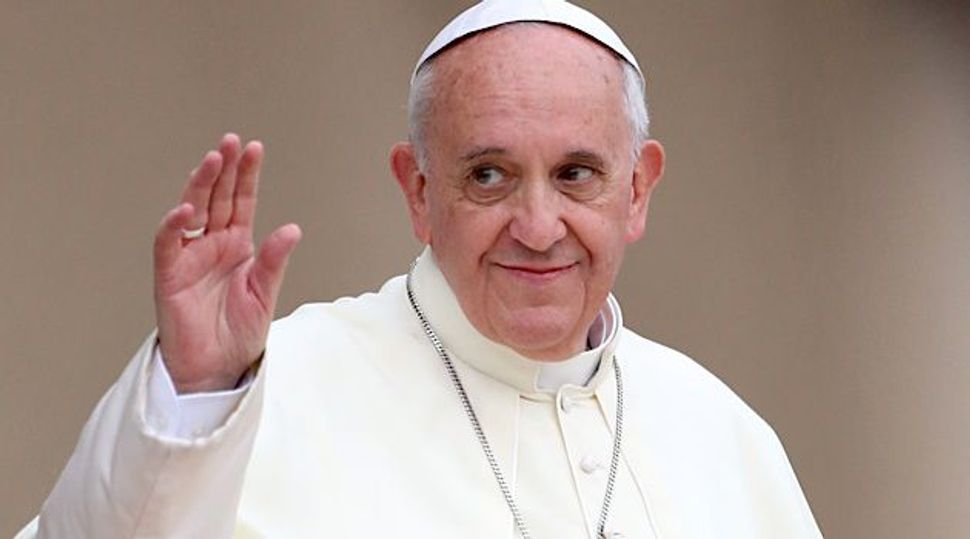 Pope Francis has continued to reach out to Jews, this time with a personal email to Menachem Z. Rosensaft, an American law professor who deals with Holocaust and genocide issues.

Francis’s email was a reflection on the place of God during the Holocaust. It was, Elizabeth Tenety wrote in the Washington Post’s On Faith blog, a response to Rosensaft, who had sent the Vatican the text of a sermon he delivered at New York’s Park Avenue synagogue on this topic during this year’s High Holidays.

The son of two Holocaust survivors, Rosensaft is general counsel of the World Jewish Congress and vice president of the American Gathering of Jewish Holocaust Survivors and Their Descendants.

In his sermon, which was published in the On Faith blog, Rosensaft had declared, “My parents’ entire immediate families were murdered in the Shoah. My mother’s five-a-and-half-year-old son, my brother, was one of more than one million Jewish children who were killed by the Germans and their accomplices only and exclusively because they were Jewish. Again, what possible transgressions could any of them have committed to cause God to turn away from them?”

According to the Post the pope replied, “When you, with humility, are telling us where God was in that moment, I felt within me that you had transcended all possible explanations and that, after a long pilgrimage — sometimes sad, tedious or dull – you came to discover a certain logic and it is from there that you were speaking to us; the logic of First Kings 19:12, the logic of that ‘gentle breeze’ (I know that it is a very poor translation of the rich Hebrew expression) that constitutes the only possible hermeneutic interpretation. Thank you from my heart. And, please, do not forget to pray for me. May the Lord bless you.”

Pope Reaches Out To Jews With Email To Holocaust Lawyer