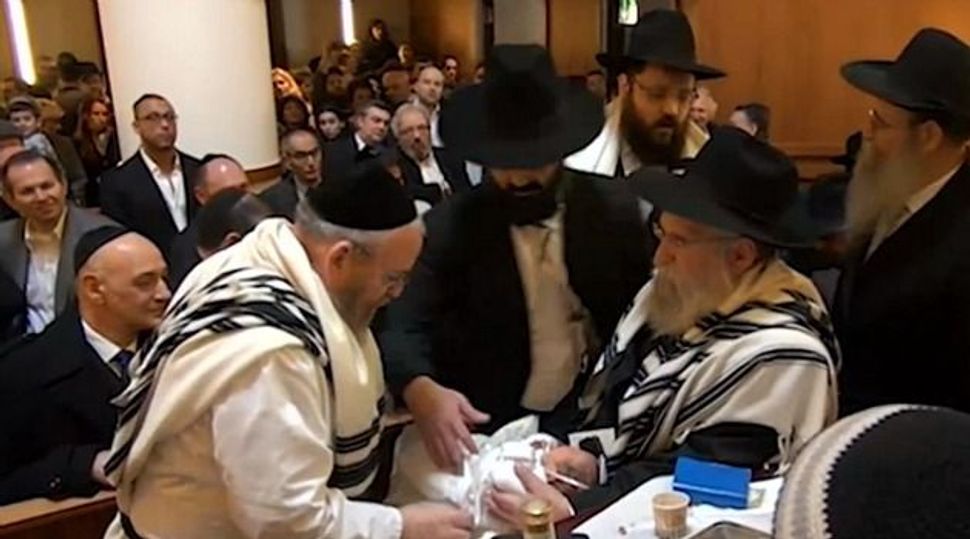 Responding to recent attacks in Europe on ritual circumcision, Jewish groups convened a special task force in Brussels to mount a “proactive defense” of the practice.

“The days of waiting around to firefight individual attacks on brit milah are over,” said Philip Carmel, European policy adviser for the European Jewish Congress, in reference to the non-medical circumcision of 8-day-old Jewish males for religious reasons.

Carmel was speaking at a gathering of 12 members of the special task force that convened for the first time in the Belgian capital on Wednesday in response to the Oct. 2 passage of a resolution at the Council of Europe calling male ritual circumcision a “violation of the physical integrity of children.”

The resolution followed a slew of motions and statements against circumcision in Scandinavia by some prominent parties from across the political spectrum, as well as health and child welfare officials.

Carmel said the meeting was the first gathering of its caliber in defense of brit milah in Europe and included representatives from the European Jewish Congress, the Conference of European Rabbis, Milah U.K. and The Union Of Mohalim in Europe. Also attending he said were representatives of the French, Dutch and Austrian Jewish communities, as well as legal and medical experts.

“The next step is to go out with a message in defense of freedom of religion in media, EU member states and pan-European organizations,” Carmel said, adding that the advocacy campaign will continue in parallel with efforts to “standardize the practice of brit milah in Europe.”

“For too long, European Jewry has been reactive to sporadic attacks on religious practices,” said Moshe Kantor, president of the European Jewish Congress. “However, the enemies of Jewish tradition are becoming more united and coordinated, and so we must create a unified, coordinated and long-term strategic response to these attacks.”