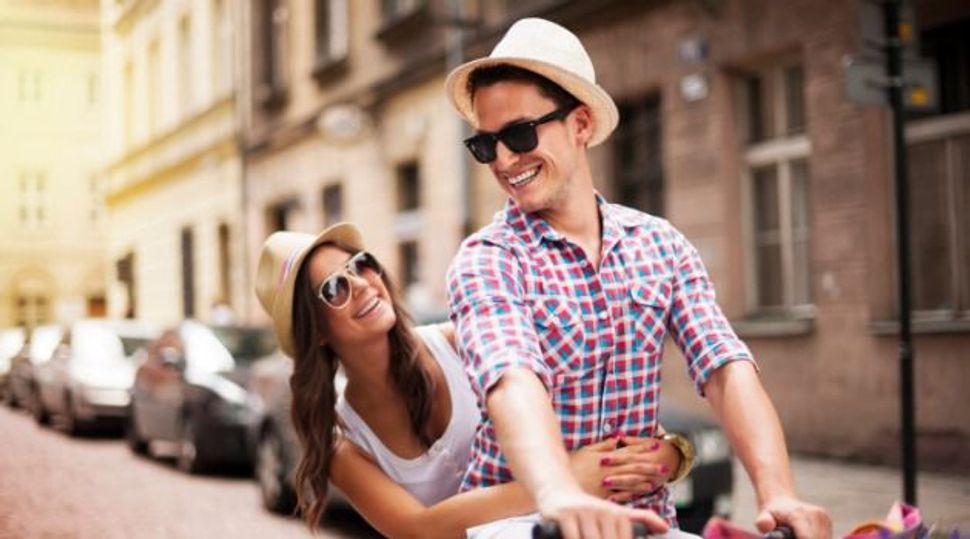 Chivalry is alive and well — among Jewish singles that is.

A new survey released by JDate.com and Christian Mingleanalyzes the patterns and behavior of the two major dating communities, including dating etiquette, social and familial influences on relationships and attitudes towards infidelity.

Eighty-four percent of Jewish respondents reported that they have never cheated in a relationship, as opposed to only 66 percent of Christian respondents.

Looks like mama knows best for 53 percent of Jewish respondents who claimed their mother had the largest influence on who they marry. Only 36 percent of Christians in the survey said the same about their mothers.

Jewish singles using online dating forums also reported placing a higher value on the personality of a potential suitor. 76 percent said that pictures were an important factor in their decision to go on a date, while 80 percent looked to the profile answers and essays before making their next move. Moreover, 97 percent of Jewish respondents said the stigma of online dating was a thing of the past, a fact that 94 percent of Christian daters agree with.

That would be great for singles, if only they could figure out if they were actually on a date. 61 percent of Jewish singles were not quite sure if their outing was in fact romantic, a close second behind confused Christian singles who came in at 62 percent.

Once a date is confirmed, who picks up the check? 77 percent of Jewish respondents said that the man should pay on the first date, though that number decreased to 39 percent for subsequent dates.

One thing Jewish singles are sure of is what they do not like. Bad hygiene and smoking both came in at 29 percent as deal breakers for Jews, while 38 percent and 20 percent of their Christian counterparts felt the same, respectively.

Published for the second consecutive year, “The State of Dating in America Report,” collected data from 2, 647 respondents between the ages of 18 and 59. 527 of those interviewed were non-online daters versus 2,120 online daters recruited from a national online panel and the J-Date database. The data was collected over the course of 10 days in September 2013 and analyzed by Quonundrums, Inc., an independent research firm.