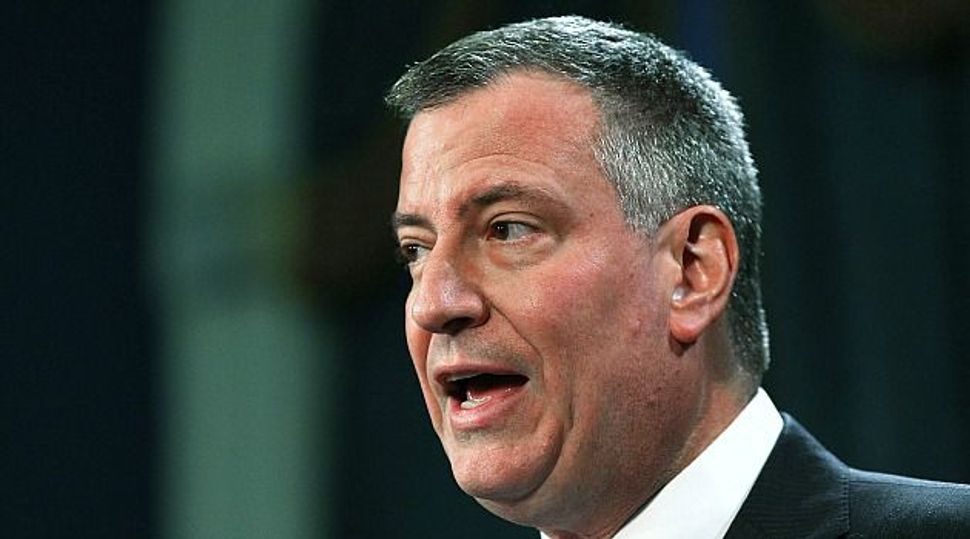 The new mayor, who took swept into office in a November landslide, told the group that “part of his job description is to defend Israel” and that it is “elemental to being an American, because there is no greater ally on earth, and that’s something we can say proudly,” the Capital New York web site reported

The Israel lobby’s Thursday event was closed to journalists and the speech did not appear on the mayor’s public schedule.

He later apologized for keeping the appearance secret and vowed to be more open with reporters in the future.

De Blasio said he had visited Israel three times, most recently with his wife and son, and that he was especially moved by visiting Sderot, on the border with the Gaza Strip and often the target of rocket attacks.

“You can’t have an experience like that and not feel solidarity with the people of Israel and know that they’re on the front line of fighting against so many challenges.”

He closed the speech by announcing that “City Hall will always be open to AIPAC,” adding that it is his job to stand by the lobby in Washington.

It was not immediately clear why the event was held under such unusual circumstances. Most mayors of New York have publicly supported Israel as strongly as possible, in part because of the large Jewish vote in the city.

De Blasio also received strong support from Jews in his overwhelming victory to succeeed three-term mayor Michael Bloomberg. But he was elected on a progressive mandate and some of his supporters might be uncomfortable with AIPAC’s strident support for Israel.