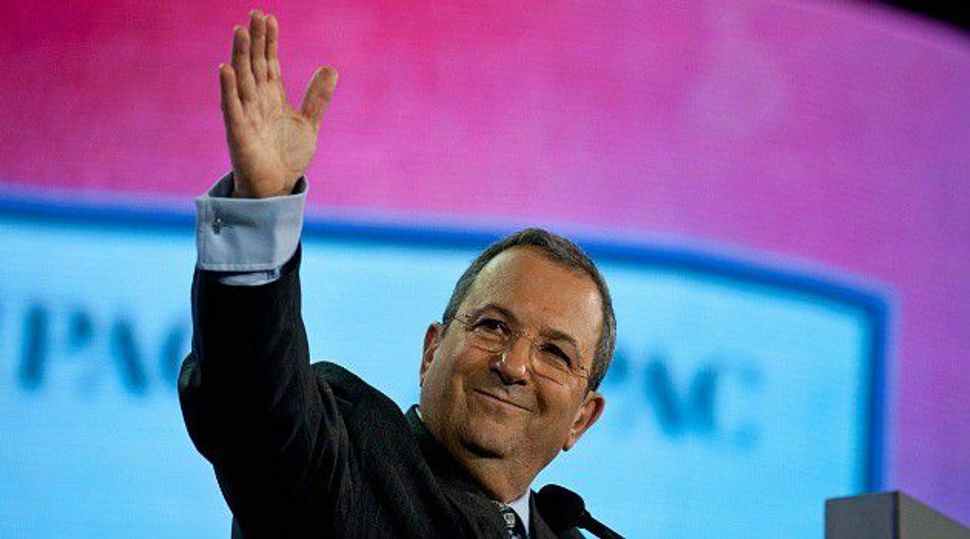 A pro-Palestinian group in Canada, calling Ehud Barak an “Israel war criminal,” is protesting a visit by the former Israeli prime minister.

The Canada-Palestine Association is among pro-Palestinian groups in British Columbia protesting an economic conference to be held in suburban Vancouver at the end of the month that Barak is scheduled to attend. It said in an open letter that bringing Barak to the Surrey Regional Economic Summit was “like inviting a bank robber and killer with blood on his hands to address the banking industry.”

City Councilor Linda Hepner of Surrey told the Canadian Jewish News that the economic summit was nonpolitical and the protests of the Canada-Palestine Association, the Canadian Boat to Gaza and Independent Jewish Voices were not influencing them.

“It’s all about an economic summit, not a political platform,” Hepner told the Canadian Jewish News. “We’re thrilled to have the three former prime ministers here for the occasion.”

The letter criticizes Barak for the 1988 assassination of Khalil al-Wazir, the co-founder of the Palestinian political party and terror movement Fatah, and for alleged “war crimes” committed during Operation Cast Lead in the Gaza Strip during the winter of 2008 and 2009, during which Barak served as Israel’s defense minister.