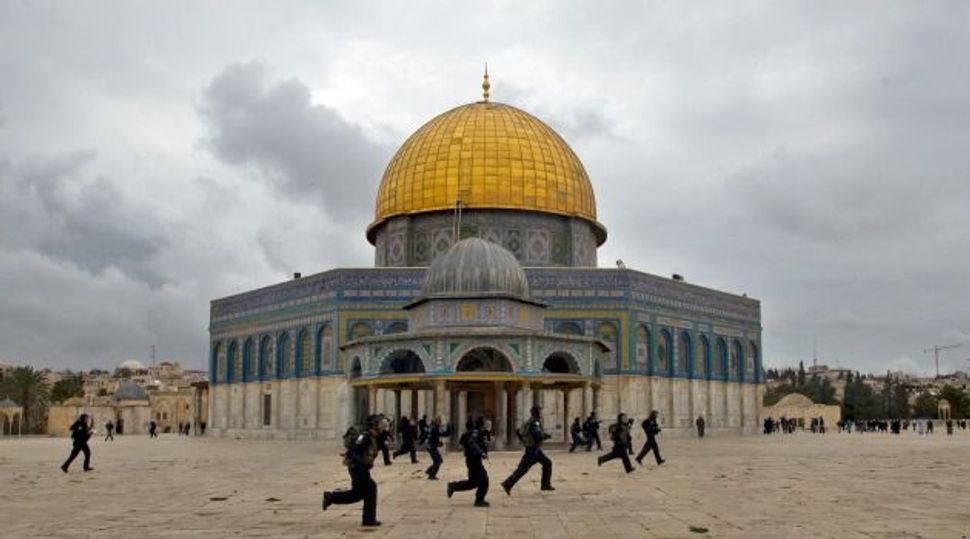 Israeli police were pelted with stones at the Temple Mount for the third time in two months.

Palestinian youth threw the stones Sunday morning near the Mughrabi Gate, where non-Muslims enter the holy site, according to the Times of Israel. No policemen were injured.

The incident follows two riots in February at the Mughrabi Gate. On Feb. 27, protesters threw firecrackers at police, injuring two.

Israeli Housing Minister Uri Ariel arrived at the Temple Mount shortly after Sunday’s riot for a pre-scheduled visit that was cut short due to the unrest.

“The reality where there are disturbances on the Temple Mount and these prevent Jews from ascending is unacceptable,” said Ariel, a member of the right-wing Jewish Home party, according to the Times of Israel. “I went up this morning and I intend to continue to do so in the future.”