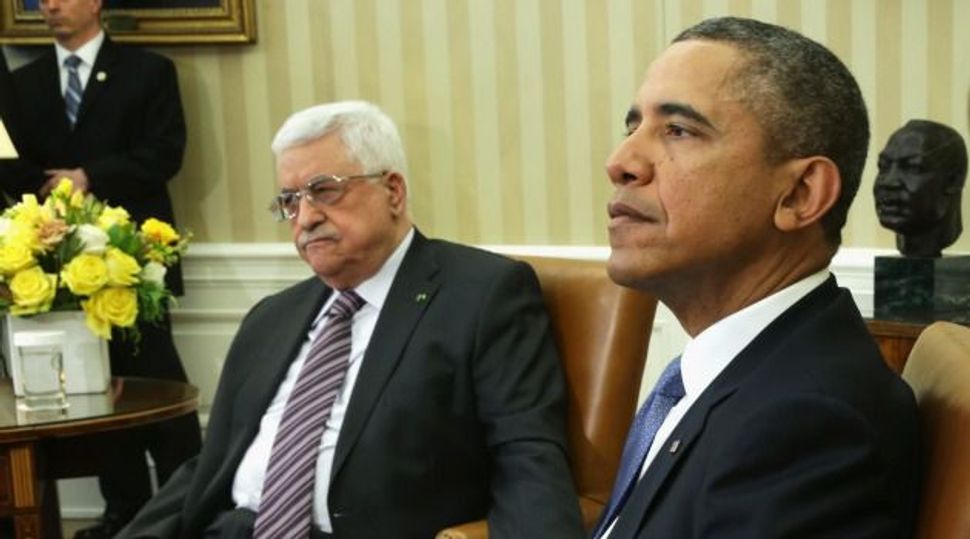 Palestinian Authority President Mahmoud Abbas, meeting with President Obama to discuss the peace talks with Israel, said “time is not on our side.”

“We don’t have any time to waste,” Abbas said Monday while greeting Obama in the White House Oval Office, according to pool reports distributed by the White House. “Time is not on our side.”

Abbas said one factor adding urgency to the need for a peace deal was the turmoil roiling the Arab world.

Obama and his secretary of state, John Kerry, are set to unveil a framework for a final peace agreement as a spur to advance talks underway since July. Obama and Kerry met two weeks ago with Israeli Prime Minister Benjamin Netanyahu.

The sides have generally hewed to Kerry’s demand that the talks remain under wraps, but leaked reports suggest that negotiators have reached an impasse over whether Israel should maintain a presence in the Jordan Valley and over whether the Palestinians should recognize Israel as a Jewish state.

Obama said it was time for the parties to make “hard and challenging” choices. He praised Abbas for having “consistently denounced violence” but added that he expected transparency and a commitment to the rule of law from Palestinian leaders.