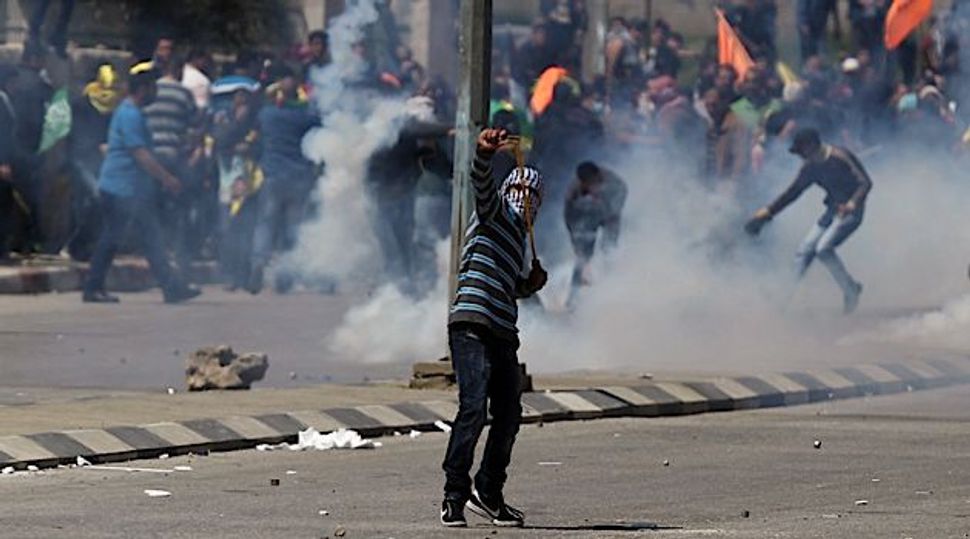 Several Palestinians were injured in clashes between rioters and Israeli troops near the Ofer Prison north of Jerusalem.

The riots broke out one week after Israel failed to release 26 Palestinian prisoners it said it would set free in a framework agreement for jump-starting peace talks with Palestinian Authority negotiators.

The delay was born out disagreements between the parties on the release of Israeli Arabs. Israel opposes their release and says it never consented to such a move, while the Palestinians demand they be allowed to walk.

After Israel delayed the release, Palestinian President Mahmoud Abbas on Tuesday applied for membership for “Palestine” in 15 international bodies -– a move he had agreed to put on hold until talks run their course.

Palestinian negotiators are currently demanding that Netanyahu give a written commitment to recognize east Jerusalem as the Palestinian capital and lift the naval blockade of Gaza as a condition to going ahead with peace talks, Army Radio on Friday reported. They are also demanding the release of 1,200 prisoners, including Fatah leader Marwan Barghouti, the report said.