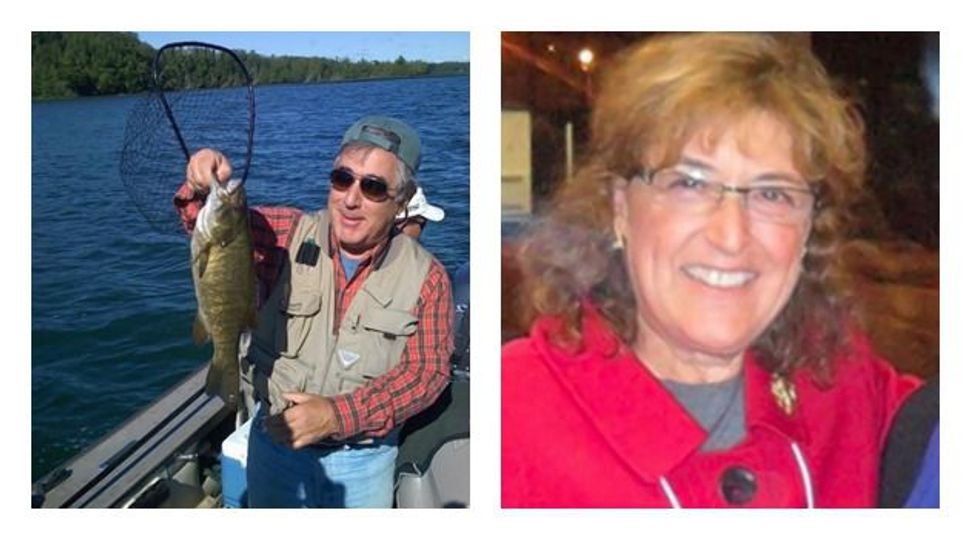 A small U.S. private plane with an unresponsive pilot crashed off the east coast of Jamaica on Friday after veering far off its course toward southwest Florida and triggering a U.S. security alert that prompted a fighter jet escort.

A New York county official said that Larry Glazer, a Jewish real-estate executive from Rochester in New York, and his wife, Jane Glazer, were aboard the plane. Both were killed, the official said.

It was not yet known if anyone else was on the plane.

Search and rescue teams, including a military plane and a helicopter, were despatched to the crash site about 14 miles (22 km) north of the tourist town of Port Antonio, Jamaica’s Civil Aviation Authority said.

The U.S. Coast Guard also joined the search with an HC-130 Hercules airplane and a helicopter, as well as a Coast Guard Cutter en route.

“At this time we have not located the aircraft or debris,” a U.S. Coast Guard spokesman said late on Friday afternoon.

The pilot stopped responding to radio calls about an hour after take-off from Greater Rochester International Airport in New York and was headed to Naples Municipal Airport in Florida, a spokeswoman for the Federal Aviation Administration said.

The single-engine, seven-seater plane, a Socata TBM700, flew for several hours at an altitude of 25,000 feet (7,620 meters) southbound down the Florida east coast and south over Cuba, the FAA said.

It was trailed by two F-15 fighter jets, the North American Aerospace Defense Command (NORAD) said, before the jets halted their escort when the plane entered Cuban airspace.

NORAD suggested on its Twitter page that the aircraft’s pilot may have suffered “possible hypoxia,” a rare condition caused by a loss of cabin pressure that may have left everyone on board unconscious.

In 1999, a Learjet carrying golf pro Payne Stewart lost cabin pressure during a flight from Orlando to Dallas. The aircraft eventually ran out of fuel and crashed in South Dakota.

CNN reported that the F-15 pilots who were tracking the aircraft could see the pilot slumped over before the plane’s windows frosted over.

Cuba agreed and was willing to allow the U.S. military planes entry as well, the statement said, adding that its own search and rescue resources were made available in case they were needed.

“Throughout the whole time communication was maintained with the North American authorities who were informed of every measure taken in relation to this incident,” the statement said.

The plane was owned by a company called New 51LG LLC, according to FlightAware.com and other online flight databases. That company appears to be registered at the same address as Buckingham Properties in Rochester, New York, according to registration documents posted on the Internet.

Calls to the company were not immediately answered.

Larry Glazer co-founded Buckingham Properties in 1970 and was the company’s CEO and managing partner. According to his bio, Larry Glazer was an active board member for the Jewish Home of Rochester. He also “spends some of his spare time on the ground — gardening around his house with his wife, Jane; and some in the sky — flying his plane.”

The Glazers, both 68, were married for 47 years and had three children — Melinda, Richard and Kenneth.

Several local officials, including at least two state senators, released statements describing the Glazers as eminent members of the community in Rochester, a city in Monroe County near Lake Ontario in western New York.

“They were personal friends of mine as well as amazing community leaders, philanthropists in so many ways, so this truly is a devastating loss on so many different levels for Rochester,” Brooks said at a news conference on Friday.