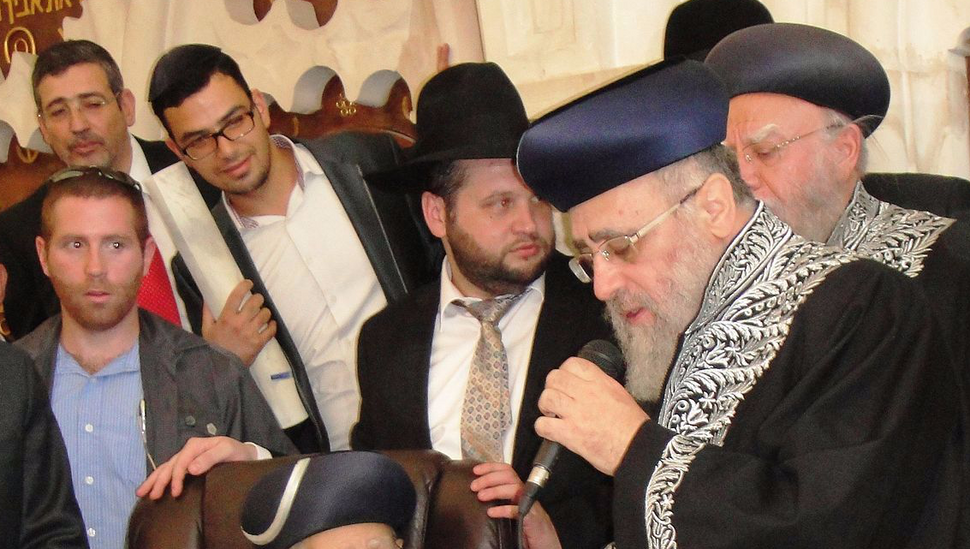 An Israeli chief rabbi urged Jews to stay away from the Temple Mount to prevent bloodshed.

Yitzhak Yosef, Israel’s chief Sehardic rabbi, made the call during the funeral Friday of Shalom Ba’adani, 17 who died that morning in hospital from wounds he sustained on Wednesday when a Palestinian terrorist hit him and 12 others with his car.

Ba’adani was the second fatality from that attack, which also claimed the life of an Israel Border Guard soldier. The terrorist, Ibrahim abu-Achari, was shot dead by other Border Guard officers.

Israeli authorities limit Jewish worship on the mount, the holiest site in Judaism. Also called Haram al-Sharif, the site is considered the third holiest in Islam. In recent weeks, Jerusalem has seen an increase in violence by Palestinians, prompting police to double its presence in the Old City of Jerusalem to 3,000 officers.

Ba’adani was the grandson of Shimon Ba’adani, a senior member of the Shas movement of Sephardic Orthodox Jews.

The Palestinian driver who killed him plowed into a light rail stop in Jerusalem, killing an Israel Border Police officer on the spot.