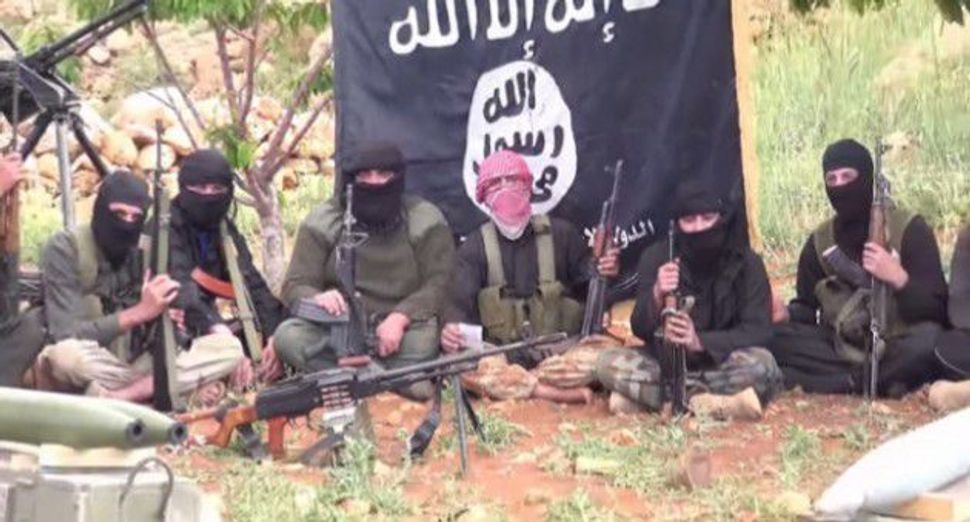 A young French Muslim whose father is Jewish died while fighting with jihadists in Syria.

Raphael Amar, 22, died last month in Deir ez-Zor in Syria’s east, according to a report Tuesday by the Israeli daily Ma’ariv, which was confirmed by Sammy Ghozlan, founder of the National Bureau for Vigilance Against Anti-Semitism, or BNVCA.

Amar, whose mother was born Catholic, according to the Actualite Juive weekly, converted to Islam four years ago and followed a childhood friend to Syria earlier this year to fight with the Islamic State Sunni jihadist group. The family received the news of his death on Oct. 17. Amar’s body remains in Syria.

“I myself am not very close to religion but when Raphael was a young boy he attended Passover Seders and Bar Mitzvahs,” Raphael Amar’s father, Laurent, told Ma’ariv.

According to Ghozlan, “there is a phenomenon in which some French Jews who were not brought up very Jewish are radicalized.” Ghozlan met with a 16-year-old Jewish girl in Paris who was converted to radical Islam and knows of at least two other cases in Lyon, he told JTA.

“With a divided Jewish community and with Israel – once a source of pride for all French Jews – under constant vilification, some young Jews are seeking something to be proud of and some find that in Radical Islam,” Ghozlan said. “It has the power of a cult, and the tools to brainwash them.”

Amar studied computer science in the southern city of Montpellier, near the suburb of Lunel, where he lived with his father, Laurent, a computer engineer, and his mother, Lillian, who is a psychologist. The family told some of Amar’s relatives in Israel that he had died in a car accident. According to Ma’ariv, Amar’s mother was in the process of converting to Judaism, but she pretended to convert to Islam instead to be closer to her son.

“The events in Gaza were a subject for some discussions at home. They used anti-Israel propaganda on him, telling him Israel was barbaric but I think he knew Israel was defending itself,” Laurent Amar told Ma’ariv.