Copenhagen Gunman Was Son of Palestinian Immigrants — Angry at Israel 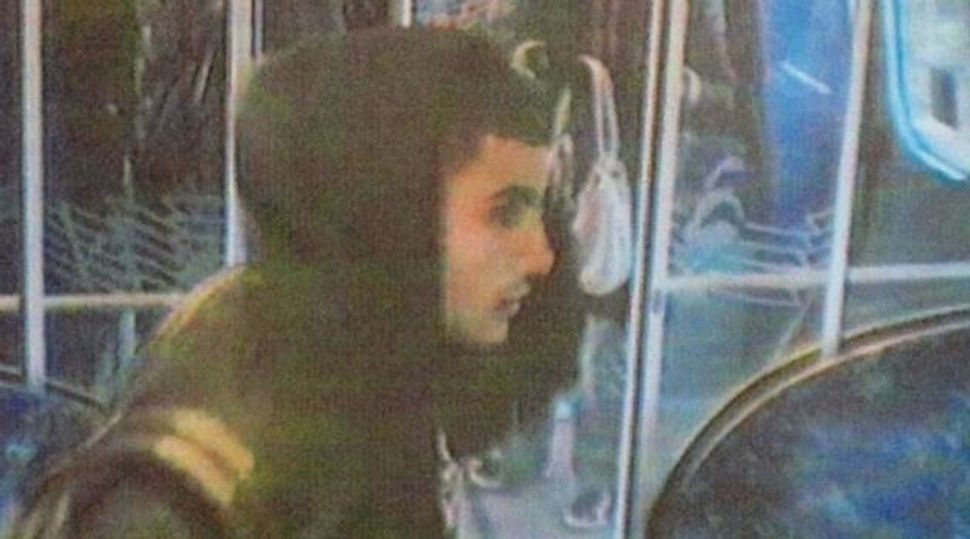 (Reuters) — The slain suspected terrorist who killed a synagogue guard and a man attending a free speech event was reportedly the son of Palestinian immigrants who was angry over the ongoing conflict with Israel.

Danish media have widely named the gunman as Omar Abdel Hamid El-Hussein. Reuters could not confirm his identity and police declined to comment. But police records show that a man named El-Hussein was convicted of stabbing a man in the leg on a Copenhagen train in 2013.

Norrebro, where the gunman lived, mixes housing estates and seedy bars with bicycle paths and gardens. However, as house prices in Copenhagen ballooned, many young professionals have also made the area their home and it now hosts trendy music venues and at least one Michelin-starred restaurant.

TV2 obtained a psychiatric assessment of El-Hussein conducted in connection with the assault case for which he was imprisoned in which he told psychologists he had a happy childhood and good relations with his parents and a younger brother. However, he did not graduate from school, was unable to get into a university and later was homeless.

Citing two unnamed friends, Politiken daily newspaper said the man was passionate in discussions about the Israeli-Palestinian conflict and had a short fuse. They expressed shock that he should launch such attacks, however.

The 22-year-old gunman opened fire on a cafe in Copenhagen hosting a free speech debate on Saturday, killing one, and attacked a synagogue, killing a guard. He was later shot dead by police in his neighborhood of Norrebro, a poor and largely immigrant part of the city with a reputation for gang violence.

The cafe event was attended by Swedish artist Lars Vilks, who has received death threats for drawings of the Prophet Mohammad, and by French ambassador Francois Zimeray, who likened the attacks to the Charlie Hebdo attacks in Paris. Vilks and Zimeray were both unharmed.

“The two men are suspected of helping the perpetrator by giving him advice and assistance in connection with the shootings at Krudttøndenre and Krystalgade,” police said in a statement on Monday, referring to the locations of the attacks.

The killings shocked Danes who pride themselves on a welcoming and safe society, and fed into a national debate about the role of immigrants, especially Muslims. The populist Danish People Party, which campaigned against the building of a mosque here, has strong support in the polls.

Denmark became a target of Islamists 10 years ago after the publication of cartoons lampooning the Prophet Mohammad, images that led to sometimes violent protests in the Muslim world.

The detention of possible accomplices may heighten fears that this was not just an attack by a lone wolf, but possibly backed by a more organized group of marginalized youths radicalized by time in jail or unemployment.

There was no suggestion that foreign jihadi groups played a role, however.

“We’re not talking about a fighter who has been abroad in Syria or Iraq. We are talking about a man who was known to the police due to his gang activities, criminal activities inside Denmark,” Foreign Minister Martin Lidegaard told the BBC.

So far there have been no claims of responsibility from any radical groups, and no videos or statements from the killer.

Police said the man was known to them due to his past criminal activities. Danish media have widely reported that he had been released from prison just a few weeks before.

Memorial services will be staged across several cities on Monday evening and flags were flying at half mast.

The attacks dominated the local media, with questions raised about whether Denmark should tighten its security measures. Even before the attacks, parliament held an initial debate on whether to pass a law that would allow authorities to confiscate the passports of radicalized youths wanting to travel to the Middle East.

“I feel very sad. And mostly, I am sad because of all the hatred it causes afterwards,” commuter Nini Jepersen told Reuters at Copenhagen’s central station. “I hope we will all remember, we are all human and religion is not the cause of anything like this.”

Copenhagen Gunman Was Son of Palestinian Immigrants — Angry at Israel