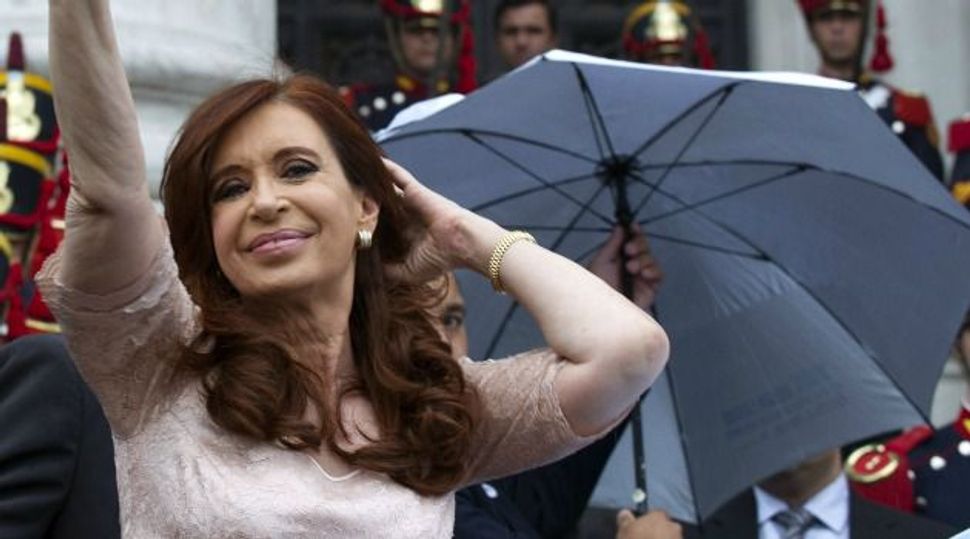 The advertisement published Wednesday says the complaint prepared by Nisman, who was found dead in his Buenos Aires apartment Jan. 18, is “filled with contradictions, illogical, with no legal basis.”

Headlined “Commitment, Truth and Justice,” the full-page ad defends the memorandum of understanding signed between Argentina and Iran in 2013: “It is only possible to ratify the path traced by the executive power and the national congress through the memorandum of understanding, a tool that would enable us to interrogate the Iranian citizens accused” in the 1994 AMIA bombing case.

The attack on Argentina’s leading Jewish institution killed 85 people and came two years after an attack on the Israeli embassy in Argentina.

According to the complaint of Nisman, who was Jewish and was appointed in 2004 to lead the AMIA investigation, President Cristina Fernandez de Kirchner covered up for former Iranian officials accused of being involved in the AMIA attack and tried to “erase” their roles in planning the bombing.

In Wednesday’s full-page ad the government praises the decision by Federal Judge Daniel Rafecas to dismiss Nisman’s complaint against Kirchner and other officials. It also alleges that Nisman had political objectives: “Is it possible to think of a different hypothesis than (Nisman) seeking a political effect of destabilization?,” the ad says.

On Wednesday, Prosecutor Gerardo Pollicita appealed Rafecas’ decision. The case now moves to a federal court, which will determine whether or not to uphold Rafecas’ dismissal or to allow Nisman’s complaint, filed by Pollocita Feb. 13, to move forward.