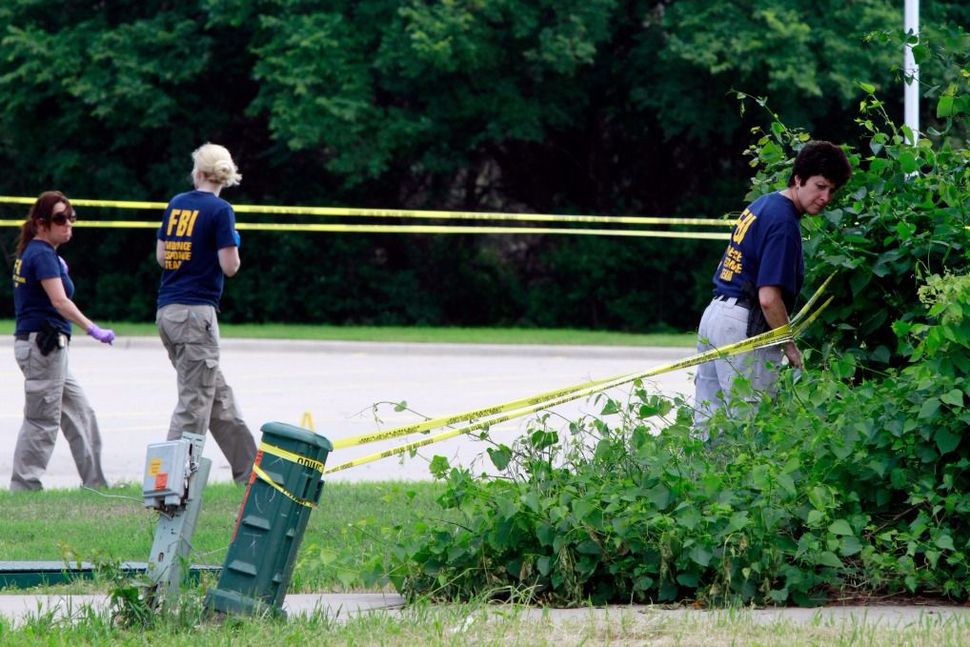 The Islamic State has claimed responsibility for the shooting attack on a Texas building housing an exhibit of caricatures of the Prophet Muhammad organized by an anti-Islamic organization.

The group claimed responsibility Tuesday in an audio-taped statement. The group said that “two soldiers of the caliphate” carried out the Sunday night attack in Garland, Texas. Both gunmen were shot dead by police during the attack.

The statement did not provide any details. It marks the first time ISIS has claimed responsibility for an attack in the United States.

“We tell America that what is coming is more bitter and harder and you will see from the soldiers of the Caliphate what harms you,” the statement reportedly said.

A security guard was injured in the leg by the gunmen in the Sunday night incident, which occurred at the end of the event at a community center in Garland. There were no injuries among the 200 people in the center. Police checked the gunmen’s car for explosives.

The gunmen have been identified as Elton Simpson and Nadir Soofi, of Phoenix, Arizona. Simpson has been under government surveillance since 2006 and was arrested in 2010 for attempting to join a jihadist group in Somalia, unnamed government sources told Reuters. FBI agents and police searched the two men’s Phoenix homes.

The Muhammad Art Exhibit and Contest was organized by the American Freedom Defense Initiative headed by Pamela Geller, who recently sued the New York Metropolitan Transit Authority to force the agency to run the group’s ad on buses and subways. The ad showed a Palestinian man wrapped in a traditional keffiyeh saying “Killing Jews brings us closer to Allah.”

More than 350 caricatures of Muhammad were submitted to the contest.

“This is war on free speech,” Geller said in a Facebook post following the attack. “What are we going to do? Are we going to surrender to these monsters?”

The keynote speaker was the anti-Muslim Dutch politician Geert Wilders, who late last month spoke on Capitol Hill at the invitation of Reps. Steve King, R-Iowa, and Louis Gohmert, R-Texas.