Europe Pushes Ahead With Labels for Settlement Products 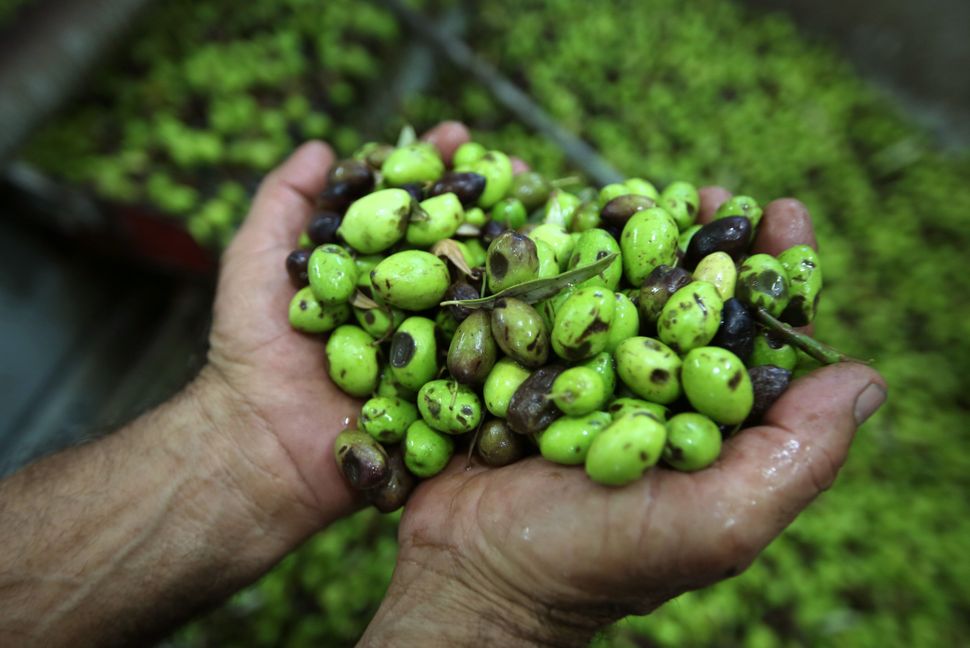 The EU executive approved new guidelines on Wednesday for labeling products made in Israeli settlements, a move Brussels said was technical but Israel branded “discriminatory” and damaging to peace efforts with the Palestinians.

Drawn up over three years by the European Commission, the guidelines mean Israeli producers must explicitly label farm goods and cosmetics that come from settlements built on occupied land if they are sold in the European Union.

Israeli officials were briefed ahead of the decision and responded quickly after it was taken. The foreign ministry issued a statement condemning the move, which it sees as an effort to put pressure on Israel over its settlements policy, and summoned the EU ambassador to Israel.

“We regret that the EU has chosen, for political reasons, to take such an exceptional and discriminatory step, inspired by the boycott movement,” the ministry said.

“It is puzzling and even irritating that the EU chooses to apply a double standard concerning Israel, while ignoring that there are over 200 other territorial disputes worldwide.”

The EU’s position is that the lands Israel has occupied since the 1967 Middle East war – including the West Bank, East Jerusalem and the Golan Heights – are not part of the internationally recognized borders of Israel.

“It’s an indication of origin, not a warning label,” the EU ambassador to Israel, Lars Faaborg-Andersen, told Reuters.

Britain, Belgium and Denmark already affix labels to Israeli goods, differentiating between those from Israel proper and those, particularly fruits and vegetables, that come from the Jordan Valley in the occupied West Bank. Now all 28 EU member states would have to apply the same labeling.

While there is no EU official wording, goods must carry the word “settlement” on the tag when sold in European shops. If an Israeli farmer refuses, a retail outlet can do attach the label themselves, as the European Commission has sufficient information about where goods come from.

Israel’s ambassador to the European Union, David Walzer, warned it could make peace efforts with the Palestinians even more difficult and said the EU might no longer be a welcome broker.

“We made it very clear that we welcome EU contributions to the peace process,” Walzer said before the decision was formalized. “This might force us to reconsider that.”

Two elements of the EU decision have particularly enraged Israeli officials. They see the measures as an effective boycott of Israel and say other cases of long-standing occupation, such as Morocco’s seizure of Western Sahara, are not treated in the same way.

The EU dismisses the suggestion of a boycott, pointing out that it is not telling consumers what not to buy. Those who do not want to buy Israeli settlement goods probably already avoid them, and those that support the settlements may now more actively seek out settlement produce.

The question of a double-standard is harder for the EU, which has struggled with the question of Western Sahara in the past. When it comes to goods from northern Cyprus, seized by Turkey in 1974, the EU calls it “an internal issue.”

The details of the guidelines, set out in a five-page document of some 12 paragraphs, are expected to be published formally later on Thursday. A Commission source said they did not constitute new legislation.

Since 2004, Israeli settlement products have not benefited from EU trade preferences. For all countries, the EU requires labeling of the origin of fruit, vegetables and honey.

Industrial goods, including processed food, are not subject to mandatory labeling under EU law, but can be voluntary.

Israel’s Economy Ministry estimates the impact of Wednesday’s decision will be about $50 million a year, affecting fresh produce such as grapes and dates, wine, poultry, honey, olive oil and cosmetics made from Dead Sea minerals.

That is around a fifth of the $200-$300 million worth of goods produced in settlements each year, but a drop in the ocean next to the $30 billion of goods and services Israel exports to the EU annually, a third of all its exports.

Europe Pushes Ahead With Labels for Settlement Products