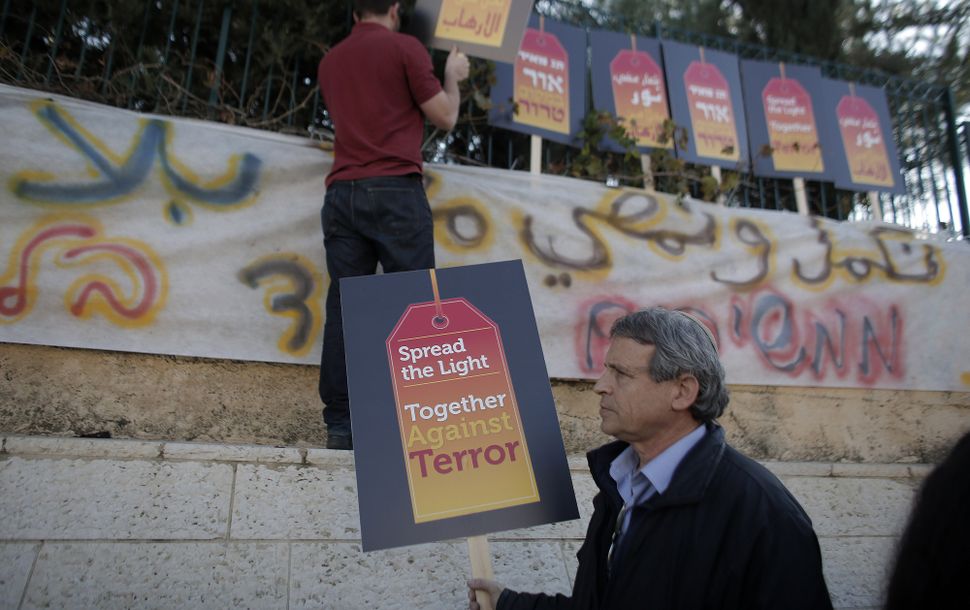 A far-right Jewish activist who set fire to a Jewish-Arab school in Jerusalem was sentenced on Tuesday to three years’ imprisonment for the attack that targeted a rare symbol of co-existence in the holy city.

The defendant, Yitzhak Gabbai, 24, is a member of Lehava, an anti-Arab group. A Jerusalem court found that he and two accomplices set fire to a classroom in the “Hand in Hand” school a year ago.

No one was hurt in the night-time arson attack, during which “Death to Arabs” was daubed on a schoolyard wall. One of Gabbai’s accomplices received a two-and-a-half-year jail term in July and the other a two-year sentence.

More than 600 children attend Hand in Hand, which has an equal number of Jewish and Arab pupils. There are four other such schools in the Hand in Hand network in Israel.

Israeli leaders have pledged to crack down on anti-Arab hate crimes in Israel and the Palestinian Territories.

Israeli media on Sunday reported a breakthrough in “a recent major case of Jewish terrorism,” but the details are under a gag order.

A police spokesman would not say whether the breakthrough was related to a July 31 torching of a Palestinian home by suspected Jewish attackers in the West Bank in which three members of a family — an 18-month-old boy and his parents — were killed.

The incident elicited broad condemnation from Israelis and enraged Palestinians. Bloodshed has since surged with almost daily stabbings, car rammings and shootings by Palestinians, which have killed 19 Israelis and one U.S. citizen since Oct. 1.

Israeli forces have killed 97 Palestinians, of whom 58 were identified by Israel as assailants or caught on camera carrying out assaults, while most others were killed in clashes with police or the military