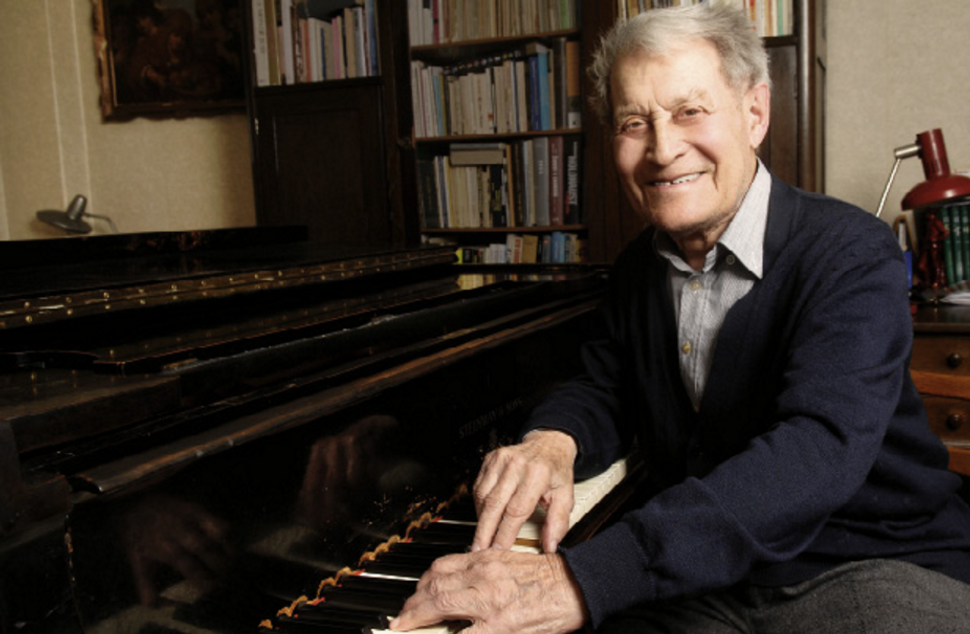 Andreja Preger, a noted concert pianist who survived the Holocaust as part of Yugoslavia’s anti-Nazi partisans, has died.

Preger died on December 18 in Belgrade at the age of 104.

Preger was born in Pecs, Hungary, but grew up in Zagreb, where he attended the local Jewish school. In addition to music, he studied law.

In a wide-ranging interview , he recalled that as a teen, he was active in the leftist Zionist youth group Hashomer Hatzair.

Preger was mobilized as a Yugoslav army reservist after Axis forces occupied Yugoslavia in April 1941. After the establishment of Independent Croatia, a Nazi puppet state run by the local fascists Ustasha, on April 10, 1941, he hid out in Zagreb, where the fascist authorities “were looking for members of Hashomer Hatzair, lawyers and law clerks, so that they could deprive the community of its leaders.” He also spent time in Split, on the coast, which was occupied by more lenient Italian forces. His father and uncle were killed at the notorious Jasecovac camp, run by the Ustasha.

In 1943, Preger joined the anti-fascist partisans led by Josip Broz Tito at Tito’s headquarters in Jajce, in Bosnia, where he was a member of the National Liberation Theatre.

Preger settled in Belgrade after the war. He taught piano at music academies, performed widely and founded the Belgrade Trio, which performed concerts all over Europe as well as in the United States and the Soviet Union.

He remained involved in the Jewish community, particularly in its cultural activities, throughout his life. He long headed the cultural department of the Federation of Jewish Communities and was active in the programs of Jewish summer camps that drew participants from all over former Yugoslavia.

Last year, at the age of 103, he was described as the oldest member of the Jewish Baruch Brothers choir. “I am always torn between Jewish public work and music,” he told Centropa. A YouTube video shows him performing on his 99th birthday.