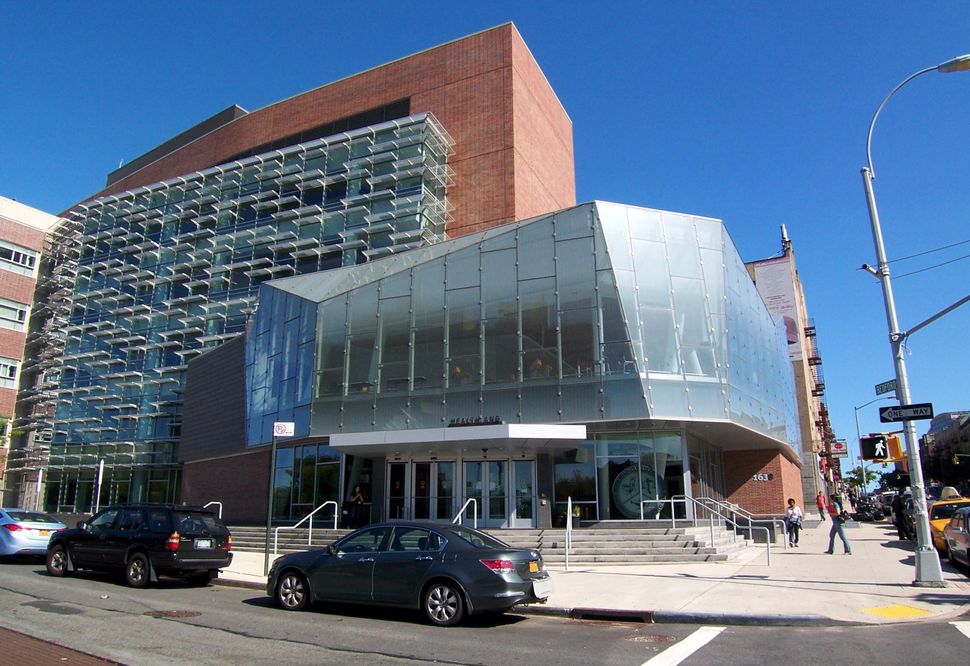 In an incident being investigated as a hate crime, a 24-year-old Jewish student at a Brooklyn college was assaulted on campus.

The student, who was wearing a kippah, was assaulted Wednesday evening at Medgar Evers College, JP Updates reported. The school is part of the City University of New York system and is located on the western edge of Crown Heights, a gentrifying neighborhood that has long been home to many Hasidic Jews, African Americans and Caribbean Americans.

According to JP Updates, the student was chatting in a hallways in the college’s Academic Building when an African-American man he did not know collided with him from behind and then punched the student in the head, face and stomach.

In response to the student asking why he had hit him, the alleged assailant said, “I don’t like white and Jewish boys, leave the school you Jew.” The man then fled the scene, exiting through the building’s main entrance. The victim did not require medical attention, Gothamist reported.

After interviewing the victim and several witnesses, including a Muslim woman who reported the incident to campus security, the New York Police Department’s Hate Crimes Task Force ruled the incident a bias assault, according to JP Updates.

Investigators are reviewing surveillance video footage of the incident. It is not known whether the alleged assailant was a student at the college.

“This was an awful act of violence and of ignorance,” said College President Rudolph Crew. “While such incidents are fortunately rare on campus, even one is too many. To attack someone because of his or her race or religious beliefs is appalling. I want to make it clear that we have zero tolerance for this type of behavior and we will do everything in our power to ensure the assailant is found and held fully accountable for these hateful actions.”

Established in 1970, Medgar Evers College is named for the slain African-American civil rights activist who worked to desegregate the University of Mississippi.