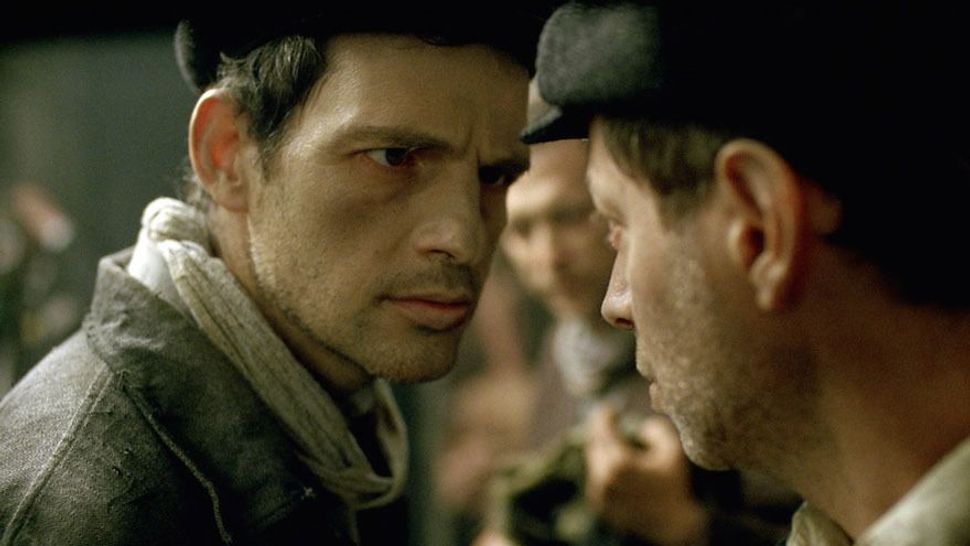 The Golden Globes were awarded Sunday evening by the Hollywood Foreign Press Association, in a televised ceremony that included the presenting of an award by actor Mel Gibson, who during a widely publicized DUI arrest in 2006 made anti-Semitic slurs to the arresting officer.

In “Son of Saul,” the character of Saul Auslander is a member of the Sonderkommando at Auschwitz-Birkenau who is forced to cremate the bodies of fellow prisoners gassed by the SS. In one corpse, Saul believes he recognizes his dead son. As the Sonderkommando men plan a rebellion, Saul vows that he will save the child’s corpse from the flames and find a rabbi to say Kaddish at a proper funeral. The film was funded in part by the Conference on Jewish Material Claims Against Germany.

Jewish nominees who received Golden Globe Awards on Sunday include Aaron Sorkin in the Best Screenplay category for the film “Steve Jobs,” and Rachel Bloom for Best Actress in a Television Series, Musical or Comedy for “Crazy Ex-Girlfriend,” which she also co-created.

During his introduction of Best Picture nominee “Mad Max: Fury Road,” Gibson was roasted by host Ricky Gervais, who previously insulted him at the 2010 Golden Globe Awards ceremony.

“A few years ago on this show I made a joke about Mel Gibson getting a bit drunk and saying a few unsavory things,” Gervais said on Sunday night. “We’ve all done it. I wasn’t judging him, but now I find myself in the awkward position of having to introduce him again. Listen I’m sure it’s embarrassing for both of us, and I blame NBC for this terrible situation. And Mel blames… Well, we know who Mel blames.”

When Gibson was stopped on the Pacific Coast Highway in 2006 on suspicion of driving under the influence, he asked Los Angeles County Sheriff deputy James Mee, “Are you a Jew?” and then ranted, “The Jews are responsible for all the wars in the world.” Mee included Gibson’s remarks in his initial report to illustrate how drunk the actor was, but said that superiors told him to put the Gibson slurs in a separate report not available to the public. Gibson later apologized for the anti-Semitic remarks.