Jewish Australians Pitch In for Victims of Massive Bush Fires 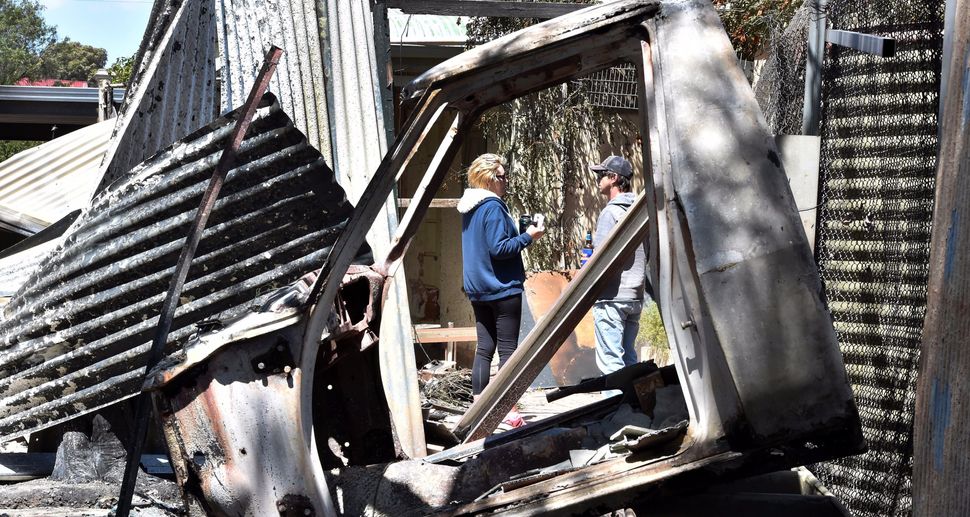 Shmoo Burnie, 34, and Daniel Gerson, 35, took to social media to seek support for the victims of the massive bush fires which have destroyed over 130 homes in the Australia’s southwest. They drove some 435 miles in one day to deliver the donated goods.

“This story is not about us…it’s about the wonderful response we got from the Facebook post….from our friends and those they shared the call for help with,” Burnie told JTA.

The men received so much support from their Facebook community friends that they had to use two large pick-up trucks and a cage trailer to get the relief items to a collection point near the fire zone. The passenger seats in their vehicles also were jam-packed with goods.

The one-day round trip took mortgage broker Burnie and financial planner Gerson almost 13 hours because of the imposed detour around the fire area, which added about three and a half hours to the trip. Burnie said that “we were just a couple of people wondering what we could do to help and figured we could ask people for things which could help those in trouble, grab a couple of (vehicles)…and drive the donations down.”

The men delivered food, toiletries, clothes, bed linen, blankets, towels, sleeping bags, toys, and pet supplies, including combs for family animals which may have been affected by the fires. Everything was donated.

“We saw smoke from fires on the drive down but they would not have been from the devastated area. There are fires burning in other regions. The whole point of the long detour was to avoid the fires,” Burnie said.

He added: “We asked people for help. They helped. We packed. We went. We unpacked. We came home. We were just drivers. It was a big group effort.”

Jewish Australians Pitch In for Victims of Massive Bush Fires