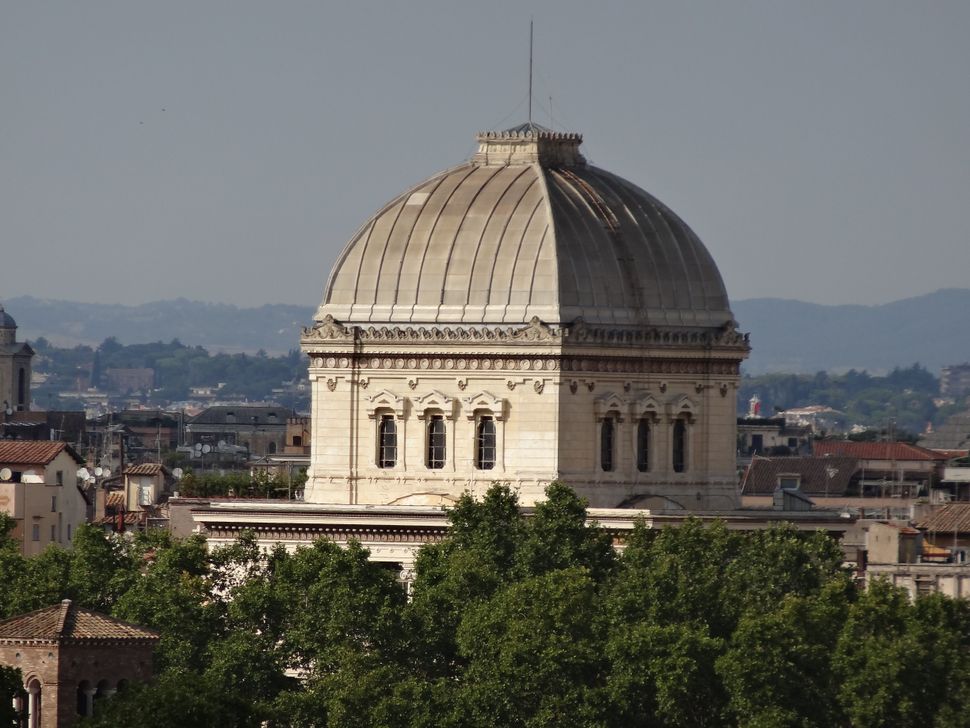 When Pope Francis crosses the Tiber River to visit to Rome’s Great Synagogue on Sunday, he’ll become the third pontiff in history to do so. But his 1.5-mile journey to the towering Tempio Maggiore shows that what was once unthinkable is now the norm.

“Our meeting,” Rome Chief Rabbi Riccardo Di Segni told the Catholic newspaper L’Avvenire, “aims to convey a very topical, important and urgent message — that belonging to a faith, a religion, should not be a cause of hostility, hatred and violence, but that it is possible to build a peaceful coexistence, based on respect and cooperation.”

The visual impact alone of the pontiff and the chief rabbi embracing sent out a powerful message of reconciliation.

Formal dialogue between Catholics and Jews had begun only two decades before Pope John Paul II’s visit, with the Vatican’s 1965 Nostra Aetate declaration that repudiated the charge that Jews were collectively responsible for killing Jesus, stressed the religious bond between Jews and Catholics and called for interfaith contacts.

For centuries before that, as Brown University historian David Kertzer wrote in his 2001 book, “The Popes Against the Jews,” the Vatican “worked hard to keep Jews in their subservient place — barring them from owning property, from practicing professions, from attending university, from traveling freely.” Jews were confined to ghettos and often subjected to expulsions, forced conversions and other persecutions. In Rome, the Great Synagogue stands where the papal rulers kept Jews confined to a crowded ghetto until 1870. 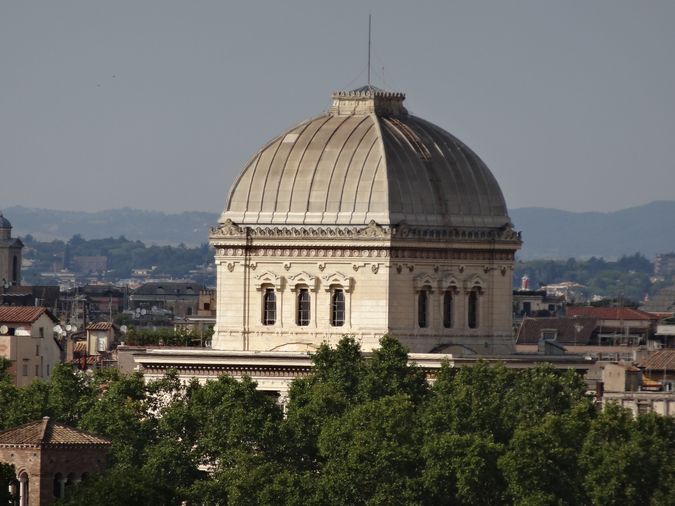 John Paul made fostering relations between Catholics and Jews a cornerstone of his papacy.

“What he did was to assert that one could not be a Christian without recognition of one’s roots in the Jewish community,” said Rabbi Gary Bretton-Granatoor, a longtime participant in Catholic-Jewish dialogue and a former vice president of the World Union of Progressive Judaism.

Pope Benedict XVI, who had been a key advisor to John Paul and an architect of his theological policy, followed John Paul’s lead. But Pope Benedict lacked his predecessor’s charisma, and some of his policies strained relations with the Jewish world.

His visit to the Rome synagogue in January 2010 reaffirmed the continuity of the Vatican’s commitment to Jewish-Catholic dialogue. But it came amid tensions sparked by his decision to move controversial World War II era Pope Pius XII — whom critics accuse of having turned a blind eye to Jewish suffering during the Holocaust — closer to sainthood.

Rabbi Giuseppe Laras, the then-president of the Italian rabbinical assembly, even boycotted the synagogue ceremony in protest.

Argentine-born Francis had a close relationship with the Jewish community even before his election to the papacy, when he was archbishop of Buenos Aires. Since he became pontiff in March 2013 he has consistently demonstrated attention to Jewish issues and has won over many skeptics with his warmth. He visited Israel, along with Jordan and the West Bank, in 2014.

His visit to the synagogue “will not be marked by a novice stepping foot in an alien place and saying that I need to find my connection, as John Paul II did,” said Bretton-Granatoor. Pope Francis, he told JTA, “is wholly at ease with the Jewish community and Jewish life. His entrance into that synagogue will not be dissimilar to a Jew entering a synagogue in a new place — new, yet familiar.”

In May 2014, Pope Francis defused the Pius issue to some extent by making clear that he had no intention of fast-tracking his sainthood. And a Vatican document released in December to mark the 50th anniversary of Nostra Aetate reiterated at length how Christianity is rooted in Judaism. It also renewed pledges of cooperation and stated that the Church as an institution should not try to convert Jews.

“Francis’s visit to the synagogue will be far closer to a family reunion precisely because the blessed new positive Catholic-Jewish relationship has become almost normative, and Francis is overwhelmingly seen as a true friend of the Jewish people, which indeed he is,” said Rabbi David Rosen, the American Jewish Committee’s international director for interreligious affairs.

Rosen added, “Three in Jewish tradition is a hazakah — that is, a confirmation. And now,” after this third papal visit, “it will almost be impossible for a pontiff not to visit the Rome Great Synagogue as well as to visit the State of Israel.”