70% of French Oppose Call for Jews to Remove Yarmulkes 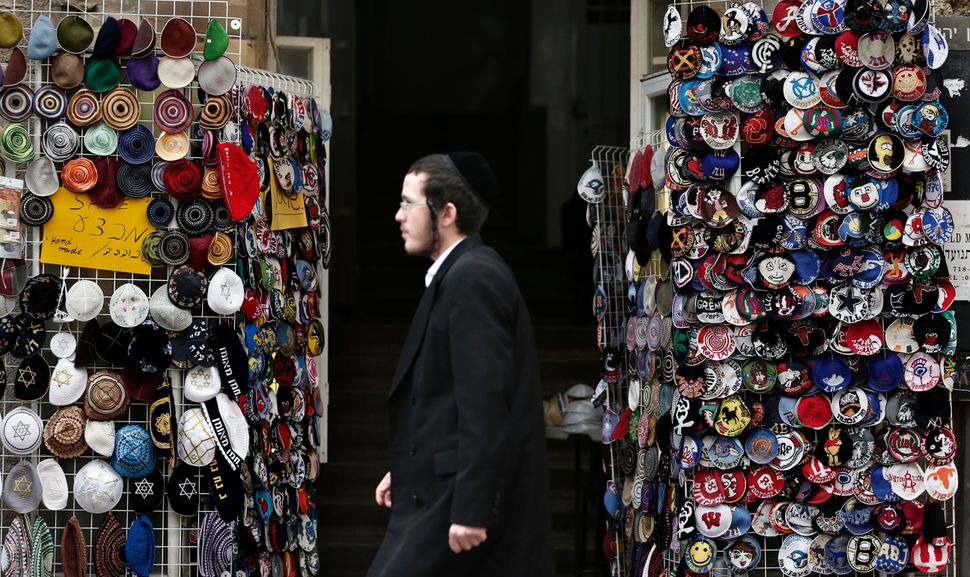 PARIS — Seventy percent of French citizens said it would be giving in to terrorists if Jews were forced to remove their yarmulkes for security reasons, according to a survey.

The survey commissioned by the Paris Match weekly news magazine and published Friday was conducted Jan. 14-15 following one community leader’s call to Jews in Marseille not to wear their kippahs. The statement came in the aftermath of the stabbing of a Jewish man there earlier in the week — the third stabbing of a kippah-clad Jew in the southern port city since October.

In the survey of 1,011 adults conducted by the Odoxa polling company, 36 percent of respondents said they “absolutely agreed” with the assertion by French Chief Rabbi Haim Korsia, who called on French Jews to keep wearing yarmulkes “to not give in to the terrorists.” Another 34 percent indicated they “pretty much agree.”

Ten percent of respondents, who were pre-selected to represent French society’s voting pattern distribution, said they “totally disagree” and another 19 percent said they “rather disagree.”

Left-wing and right-wing respondents answered similarly in the poll, with 71 percent supporting the assertion on the right — including 66 percent within the far-right National Front party — and 76 percent approving on the left.

Tzvi Amar, the president of the Marseille office of the Consistoire — the communal organization responsible for providing religious services — had called on his city’s Jews to hide traditional head coverings following the Jan. 11 stabbing.

Other community representatives joined Korsia in rejecting the suggestion.

70% of French Oppose Call for Jews to Remove Yarmulkes