Spain ‘Worried’ Over Palestinian Deaths From Israel’s Response to Attacks 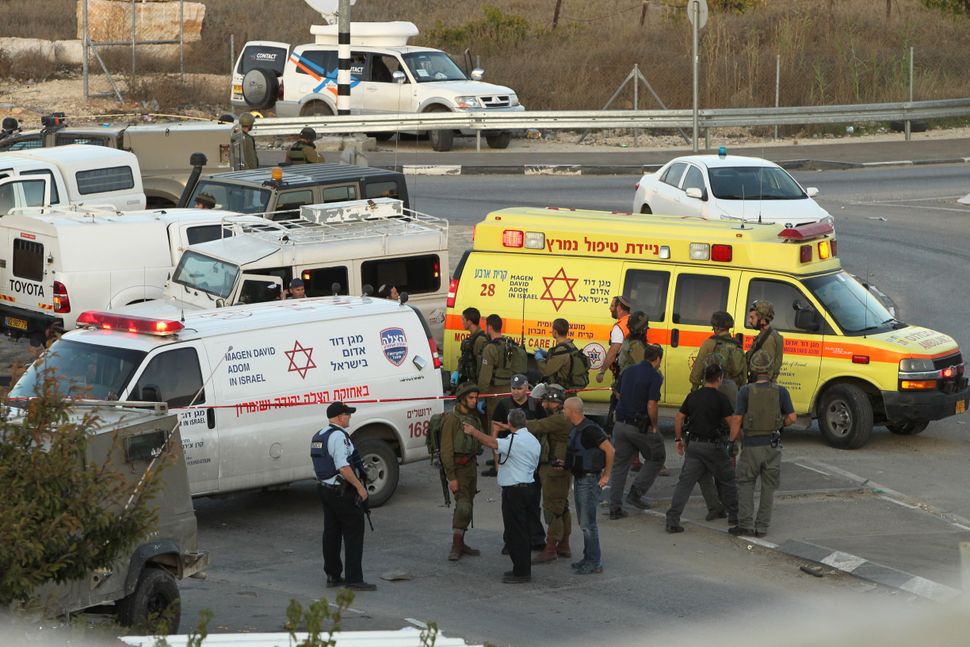 Spain’s government expressed “deep concern at the loss of many dozens of lives” of Palestinians as a result of Israel’s “use of force” in reaction to attacks against its citizens.

The statement Tuesday by the Spanish foreign ministry also called the killing by Palestinians of Jewish settlers in the West Bank and other Israelis “terrorist attacks” and “hate crimes.”

However, pro-Israel activists lambasted the ministry for the statement, which the ACOM lobby group condemned Thursday as “infamous” and creating a false moral equivalence between aggressor and victim.

The Spanish ministry’s statement was in reaction to the killing of Dafna Meir, a Jewish mother of six, on Jan. 17 at her home in the West Bank settlement of Otniel, and two other attacks that occurred thereafter in settlements, the statement said.

But, in addition to condemning those attacks, the statement read: “The government is also deeply worried about the loss of many dozens of human lives among the Palestinian population as a consequence of the use of force by agents of Israeli authorities in reaction to the attacks and calls on all parties to abandon all acts of violence or instigation thereof, as those can exacerbate the situation.” The statement added: “It is necessary to break this cycle of violence.”

But to ACOM, the statement suggests that the ministry “explains that the Palestinian kill as a logical result of the use of force” by Israelis, noting that many of the Palestinians killed in recent weeks were shot while trying to kill Israelis.

“The ministry apparently considers attacks against Jewish girls in supermarkets and others, comparable to shooting the terrorists that perpetrate them,” the organization wrote in a statement Thursday.

Earlier this week, Israeli Prime Minister Benjamin Netanyahu accused U.S. Secretary-General Ban Ki-moon of justifying Palestinian terrorism when he said about these attacks that, “As oppressed peoples have demonstrated throughout the ages, it is human nature to react to occupation, which often serves as a potent incubator of hate and extremism.”

Spain ‘Worried’ Over Palestinian Deaths From Israel’s Response to Attacks