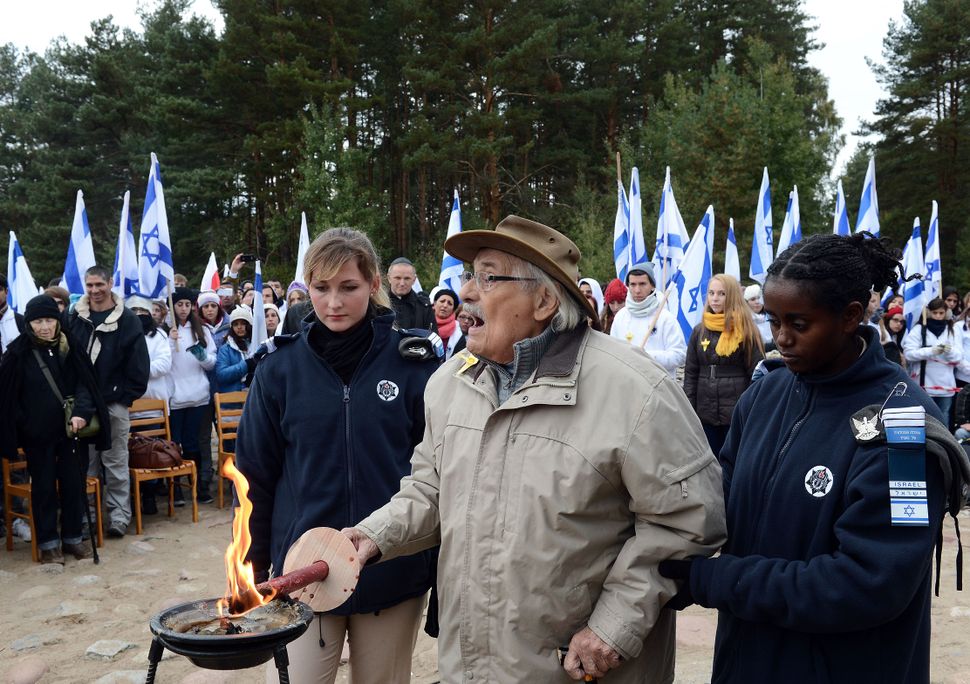 Samuel Willenberg, the last survivor of the Treblinka camp revolt, has died.

Willenberg, who escaped the Nazi death camp in 1943, died Friday at his home in Tel Aviv. He was 93.

He was born in 1923 in Częstochowa, Poland, to a Jewish father and a mother who converted to Judaism from Orthodox Christianity, and was taken to the Treblinka death camp in Nazi-occupied Poland in 1942, when he was 19 years old. At the advice of an acquaintance, Willenberg told Nazi guards when he entered Treblinka that he was a bricklayer, which saved his life; the rest of his transport was killed in the gas chambers.

Willenberg was a leader of the August 1943 revolt at the camp, in which 300 prisoners escaped. About 100 of the escaped inmates survived, according to the U.S. Holocaust Memorial and Museum in Washington, D.C.

Over 800,000 Jews from Poland and Greece were killed at Treblinka.

Willenberg later joined the Polish partisans and took part in the Warsaw Uprising in 1944.

He moved to Israel in 1950 and spent the rest of his life teaching about the Holocaust, including visiting Poland and Treblinka with high school students.

Willenberg wrote a memoir about his experiences called “Revolt in Treblinka.” He had hoped to establish a museum at Treblinka, which had mostly been leveled by the Nazis at the end of the war.

“Samuel Willenberg was a hero who defied the odds and risked his life during the darkest time in modern history,” World Jewish Congress CEO Robert Singer said in a statement. “He dedicated his life’s work to the memory of those who perished in the Holocaust and to honoring the Jewish people.

“As the number of living Holocaust survivors dwindles, it is our duty to continue their legacy and ensure that future generations remember their sacrifices and never forget the horrors that the Jewish people were forced to endure.”