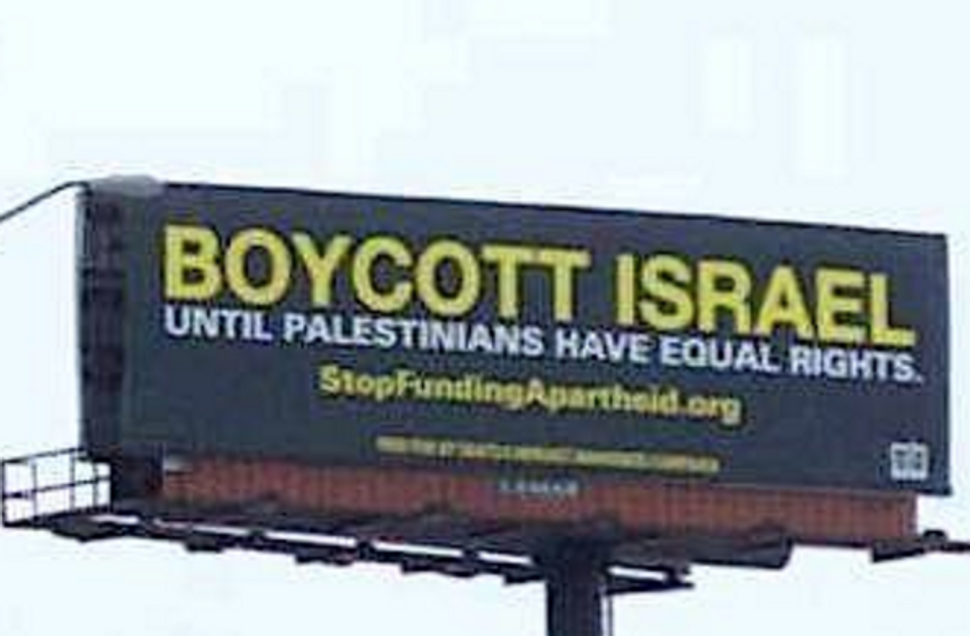 A billboard in Chicago calling for a boycott of Israel will be removed following a public outcry.

Lamar Advertising, which leases billboards throughout the country, announced in a Facebook post on Friday that it would remove the billboard “as soon as possible.” Earlier in the day, also in a statement on Facebook, the company said it had received a “large number” of social media comments and hundreds of telephone calls protesting the billboard located on a major highway about five miles from O’Hare Airport.

The billboard sponsored by the Seattle Mideast Awareness Campaign, or SEAMAC, is part of the Boycott, Divestment and Sanctions movement against Israel. It reads: “Boycott Israel until Palestinians have equal rights.”

Lamar had written earlier that over its more than 100 years in business, the firm has “developed a strong commitment to supporting the First Amendment right of advertisers who wish to use our medium to promote legal products and services or to convey noncommercial messages such as the one in Chicago.”

“We do not accept or reject copy based upon agreement or disagreement with the views presented. We think SEAMAC has a right to present their views and would also support the right of those who disagree with SEAMAC.”

After saying it would take down the billboard, Lamar said it “tried to contact SEAMAC to discuss these issues but have not received a reply to our telephone and email messages.”

In a post Saturday night on Facebook, SEAMAC said it received one phone call from Lamar Advertising, early in the morning due to the time difference between Seattle and Chicago, and that there were no emails or other attempts by the company to contact the organization.

The group is raising money to put the ad on public buses in several U.S. cities.