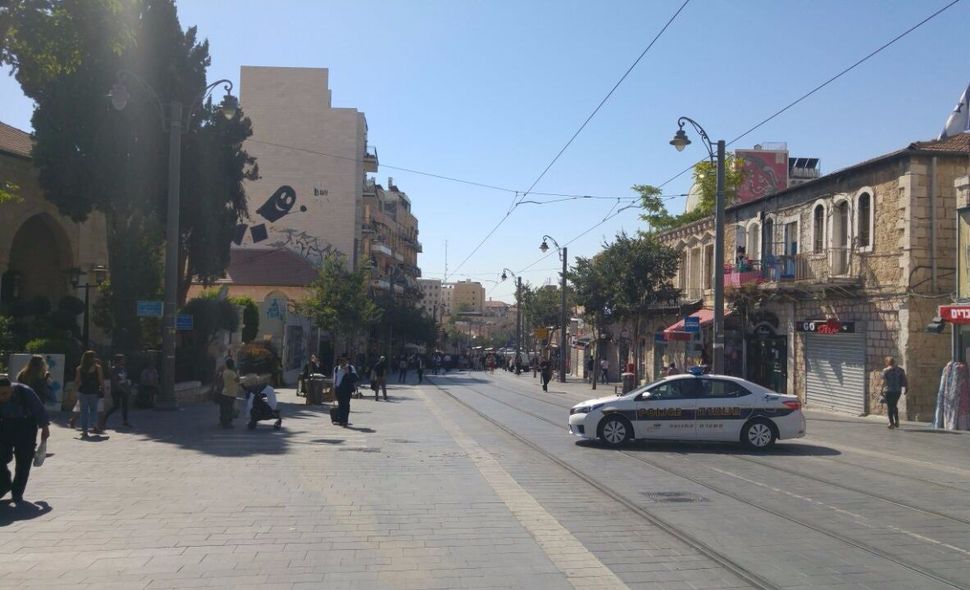 A Palestinian man attempted to bring a bomb on the Jerusalem Light Rail. Image by Twitter

JERUSALEM (JTA) — A Palestinian man in his 20s attempted to board the Jerusalem Light Rail during the morning rush hour with a bag containing pipe bombs that he planned to detonate.

The man, a resident of the West Bank near Hebron, was stopped as he began boarding the crowded light rail train at before 9 a.m., according to police. As he was questioned, security forces searched his bag, discovering at least three pipe bombs and knives. He was arrested and taken in for questioning.

The light rail was halted and the major downtown Jerusalem streets King George and Jaffa were closed.

“A large attack was prevented this morning thanks to the vigilance of Jerusalem’s light rail guards,” said Jerusalem Mayor Nir Barkat in a statement. “Our message to the public is to continue as normal, be alert and never give in to terror. We must hunt down terrorists everywhere without compromise and without restraint.”