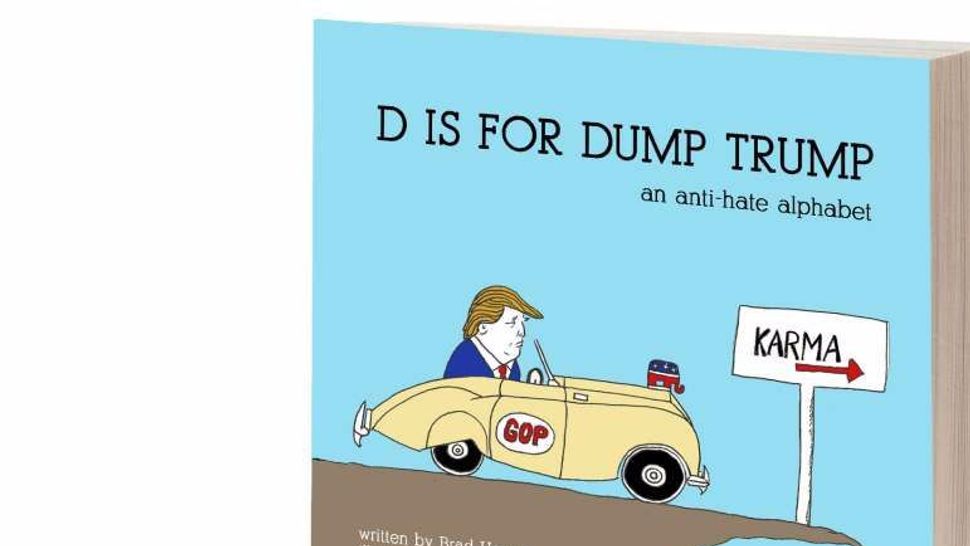 CLEVELAND — A Jewish husband and wife who had become the faces of recreational vehicle hobbyists were fired from their job promoting RV travel after writing a book opposing Donald Trump.

The Recreational Vehicle Industry Association dismissed Brad and Amy Herzog earlier this month after they opened a Kickstarter campaign on June 28 to raise money for “D is for Dump Trump,” a “picture book for adults” they wrote and illustrated. The association had hired the Herzogs, who have promoted RV travel for 17 years, to travel across America giving television interviews about RVs. 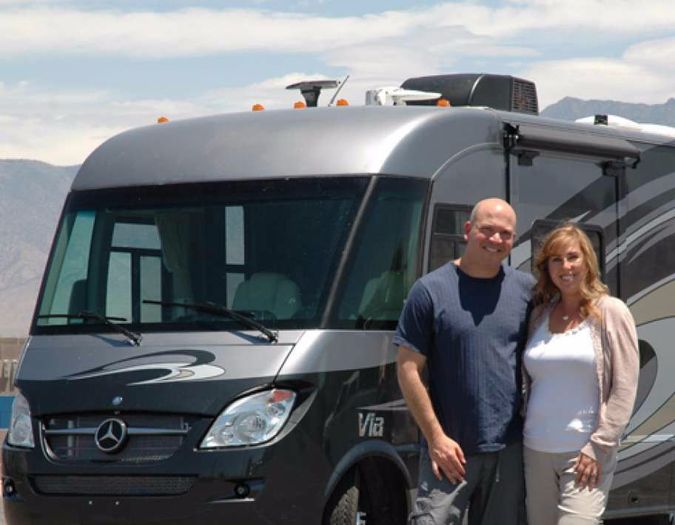 “Well, this is pretty incredible. Somewhere along the line, our little picture book project became… something more,” the couple wrote in the updates section of the campaign. “It might be overstating it to call it a movement, but it’s hard to find a better term. And we are moved, to say the least.”

Brad Herzog told JTA in an email on Monday that the couple, who have two teenage sons, never mentioned their book during their work, nor did they use their position as spokespeople for the RV association to talk about it.

“For 17 summers, our only goal was to show off a loaner RV and enhance the bottom line of everyone involved with the industry — caring not whether our political leanings and theirs might diverge,” he said.

The RV association had been alerted to the Kickstarter campaign by an opinion piece in an online industry newsletter, the RV Daily Report.

“The Herzogs have been long-time supporters of our industry and the RV lifestyle, and the decision to suspend the 2016 tour was difficult,” the RV association said in a statement on its website, noting that it is a nonpartisan organization. “On both the federal and state level, the RV industry has a long and successful record of building and maintaining positive working relationships on both sides of the aisle on legislative and regulatory issues.

“As RV industry spokespersons, the Herzogs’ campaign to merchandise a political book that does not meet the nonpartisan position of our organizations distracted from our core value of political neutrality. To clarify our position, the decision to suspend the tour was based solely on the tone and content of the Herzog’s book. Regardless of the candidate or political affiliation depicted, we would have arrived at the same decision,” the statement said.

The Herzogs run a small publishing company called Why Not Books. Brad Herzog has written 30 books, most while also working for the RV association, according to the Huffington Post, which first reported the firing.

The couple said they will donate $1 from the sale of each book to the Southern Poverty Law Center to support the group’s anti-hate efforts.

Brad Herzog told JTA the industry hired them in 2000 after they had published a book, States of Mind, recounting their year long tour of the 48 continental states in 1996.

“The backbone of the trip was a literal and figurative search for virtue in America — in places like Harmony (California), Freedom (Wyoming), Wisdom (Montana) and Friendship (Maine),” he said.