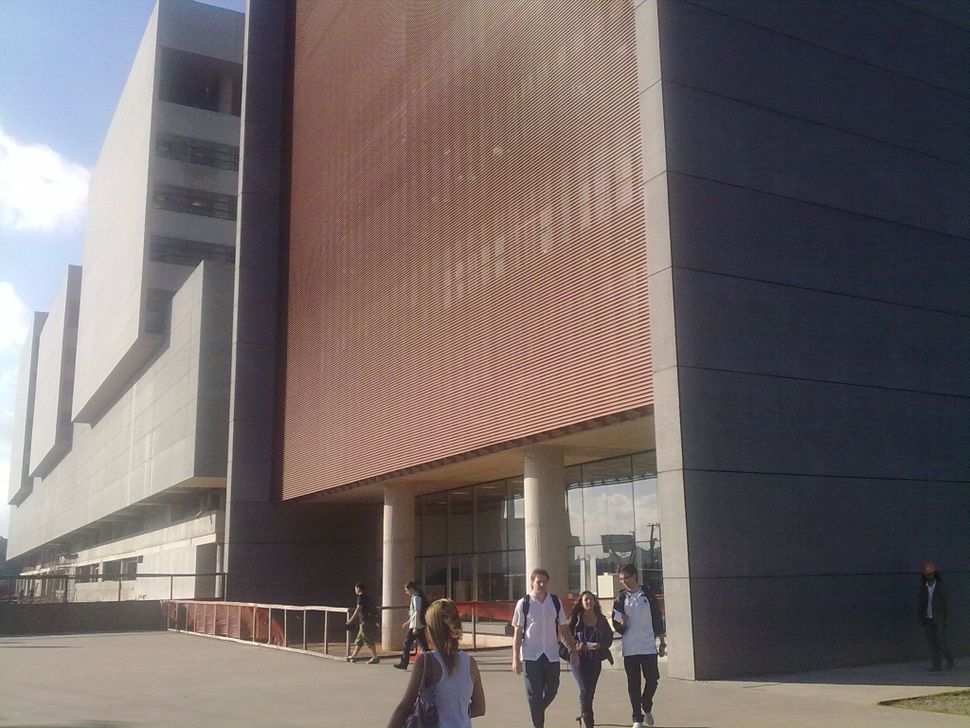 The rector of a Brazilian federal university  to the Jewish community over a public notice seeking to hire a “racial-ethnic relations” educator required to teach Zionism as a racist concept alongside Nazism and apartheid.

“The modification corrects part of the notice, which, in an inappropriate way, treated in the same context political regimes and historical facts that are very different,” according to a public note issued by the university.

“The amending of the text does not eliminate the need to debate the complex and controversial political and historical subjects involved. ABC Federal University backs freedom of press, thought and expression, which must underpin this discussion.”

The officials also discussed adopting an agenda to strengthen ties with the Jewish community, including the need for a broad and pluralistic debate on Middle East issues, and forming ties with Israeli universities on topics such as water, physics and science.

Lottenberg had met with the nation’s minister of education, Mendonca Filho, to discuss the notice days before Friday’s apology. Filho said he was “surprised and upset,” adding that the case was “absurd.”