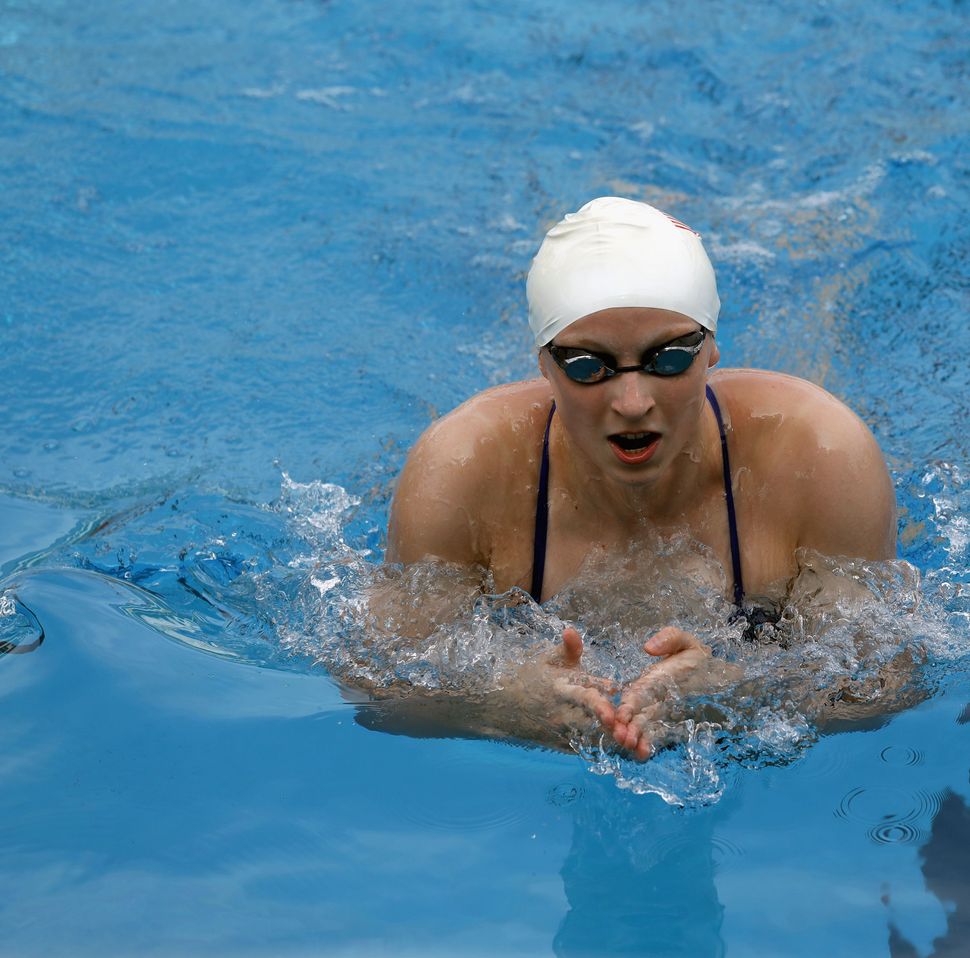 Olympic athlete Katie Ledecky’s heritage has always been important to her — her faith and her family push her to succeed both in swimming and in life.

Ledecky, who on Sunday broke her own world record — becoming the first woman in history to swim below 3.58 for the 400-meter freestyle — won her second medal and first gold medal of these Olympics.

Although she is known for her strong Catholic faith and habit of saying “Hail Marys” before each race, she also has a secret Jewish history — including family members who were killed during the Holocaust, Sports Illustrated reports.

The 19-year-old swimmer, who won her first Olympic gold medal at 15 in London in 2012 and is set to break yet more records in Rio this August, has roots in the former Czechoslovakia — her paternal grandfather Jaromir Ledecky came to New York in 1947 on an academic scholarship and did not come home even after Soviet-backed soldiers destroyed his father’s optical business in response.

Ledecky’s Jewish grandmother Berta Ledecky, 83, would sneak manuscripts from Communist-controlled Czechoslovakia in her early life and used to work as a translator for Albert Einstein at the Polytechnic Institute of Brooklyn. In 2007, she took 10-year-old Katie and her older brother Michael to a Jewish cemetery on a family trip to Prague and showed her grandkids the names of family members who had been lost during World War II.

Her paternal uncle Jonathan J. Ledecky, who is an investment banker and majority owner of the New York Islanders, purchased clothing company American Apparel after the company’s founder Dov Charney started having legal trouble amid accusations of creating an unsafe work environment for the models he hired on photo shoots.

NOTE: An earlier version of the article stated that Katie Ledecky’s grandmother had immigrated to the US from Czechoslovakia. One of our readers pointed out that while her grandfather escaped Communist-controlled Prague, Berta Ledecky was born in New York. This fact has not been independently confirmed.