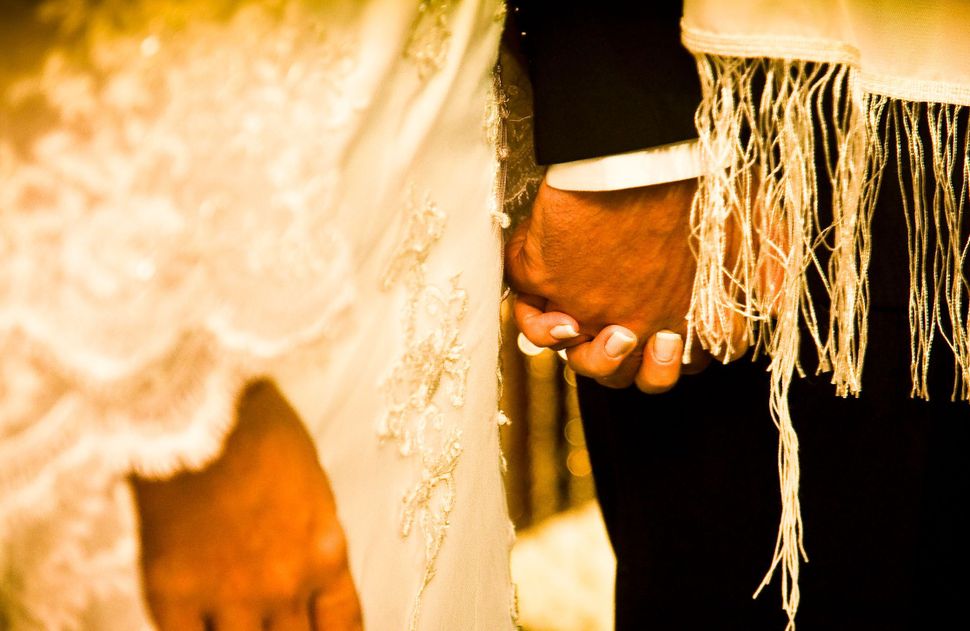 — Jerusalem’s regional rabbinical court asked Israel’s chief rabbinate to set a 1 million shekel limit on the compensation that Jewish grooms may prenuptially pledge to pay their wives in case of a divorce.

The unusual request earlier this month follows a divorce in which a man’s ex-wife demanded he pay her NIS 555,555 (roughly $145,000) because that was the sum he pledged to pay on his ketubah – the Hebrew-language name for a marriage contract conforming to Orthodox Jewish law, the news site nrg reported Monday.

Her ex-husband argued he made the pledge as a testament of his love and appreciation for her, not thinking it would be legally binding. But in Israel, where rabbinical and other religious tribunals act as family courts within the framework of the judiciary, ketubot are admissible as a prenuptial agreement.

Many grooms pledge sums they cannot afford, attaching many zeros to the number 18 – which is associated with life because of Jewish numerology – or the 555,555 figure, which is especially popular among Sephardic Jews who believe it is lucky. The custom of reading out the ketubah to the wedding guests adds incentive to name high figures, which the court defined as unrealistic.

The panel of three rabbinical judges, or dayanaim, reviewing the divorce case in question was divided, with one dayan ruling in favor of the ex-wife’s demand. But his colleagues were of the opinion the ex-husband should not be made to pay the full sum. The rabbinical court, or beth din, finally awarded the woman the equivalent of  $31,600 from her ex-husband, or NIS 120,000.

In the regional beth din’s request to the rabbinate to set a 1 million shekel cap on ketubah pledges, the dayanim demonstrated that unrealistic undertakings date back centuries. They quoted a senior dayan in Morocco, Rabbi Shaul Even Danan, who 200 years ago denounced the custom.

“The unwanted addition to cutsom of the inflated ketubot, which has spread through our lands reaching the millions, has become a laughable matter. Paupers without so much as a slice of bread to their name cannot be trusted to pay even a fraction of what they commit to paying – an action which is tantamount to lying outright,” he wrote.

Separately, on Friday the TZOHAR Rabbinical Organization in Israel announced an intensified campaign to encourage marrying couples to sign, in addition to the ketubah, a pre-nuptial agreement which is compliant with Halacha, Orthodox Jewish law, and designed to prevent situations where husbands refuse to divorce their wives.

The campaign, which was announced of Tu B’Av, known as the Jewish Day of Love, which this year will fall on Friday, comes amid an escalation in punishments given out by rabbinical courts against intransigent husbands who abuse the fact that, under Halacha, a man must consent to divorcing his wife for the contract to be nullified as long as he is alive. Women who are refused a divorce, or get in Hebrew, are not eligible to remarry under Jewish law before their husbands give them a get. Any children such women, who are called agunot, Hebrew for “chained” or “anchored,” have to another man are in turn also ineligible to marry.

The Tzohar prenup empowers rabbinical judges who recognize it to nullify a marriage based on the man’s signed statement that he automatically consents to give his wife a get. Some 1,000 couples in Israel have signed the Tzohar prenup.

In recent months, Israeli rabbinical courts have published the names of intransigent husbands to publicly shame them and slapped long prison terms on them, including a record five-year term earlier this month. In another precedent, Israel’s highest rabbinical court recently sentenced a man to 30 days in prison for encouraging his son not to divorce the son’s disabled wife.