4 Brazil Skinheads Arrested in Plot Against Jews and Neo-Nazis 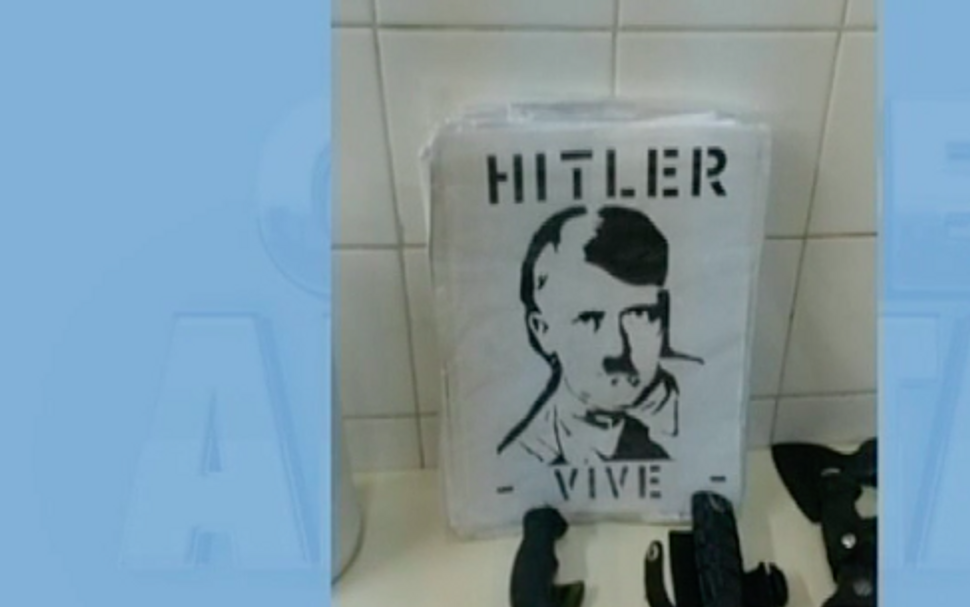 The skinheads, who were carrying knives and axes as well as the Nazi propaganda, were arrested Wednesday in Anhangabau.  They were about to perpetrate an attack on the other group, the R7 news portal reported.

Jews were also a target of the skinheads: Police seized posters with “Jews out” messages in Portuguese, as well as advertising material featuring Adolf Hitler and Italian fascist Benito Mussolini.

Last May, two Brazilian skinheads were sentenced to eight years of detention for promoting Nazism on Facebook. Soon after, three swastikas were found painted on walls in a Rio de Janeiro neighborhood that is heavily populated with middle class and elderly Jewish residents.

According to Brazilian law, promoting Nazi or Nazi-related propaganda can lead to a prison sentence of two to five years, plus a fine.

Sao Paulo is home to some 60,000 Jews, more than half of Brazil’s Jewish population.

4 Brazil Skinheads Arrested in Plot Against Jews and Neo-Nazis