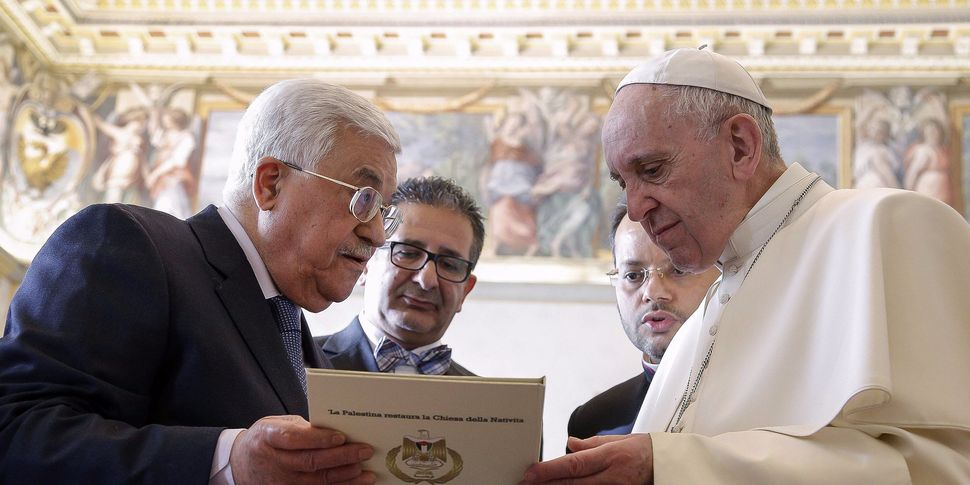 The meeting Saturday at the Vatican took place a day before Sunday’s international peace conference in Paris on the Israeli-Palestinian conflict. The pope hosted Abbas at a private audience ahead of the official inauguration of a Palestinian embassy to the Holy See.

The Vatican recognized Palestine as a state in 2015.

The Vatican said in a statement that the discussions between the Pope and Abbas were “cordial.”

“Hope was expressed that direct negotiations between the parties may be resumed to bring an end to the violence that causes unacceptable suffering to civilian populations, and to find a just and lasting solution,” the Vatican statement said.

The statement also said: “it is hoped that, with the support of the international community, measures can be taken that favor mutual trust and contribute to creating a climate that permits courageous decisions to be made in favor of peace.” It added, “Emphasis was placed on the importance of safeguarding the sanctity of the Holy Places for believers of all three of the Abrahamic religions.”

In a separate statement, Abbas called Jerusalem “the capital of the State of Palestine,” and said that he and the pope had also reaffirmed their “support for Jerusalem being an open city.”